The Mirpuri Foundation is pleased to announce that it will be once again awarding a Prize in the areas of Dance, Music and Theater. Each prize will be named after a national prominent public figure in each of these respective cultural areas. The Prize intends to promote and recognize cultural activities at the highest international levels of excellence, as well as to epitomize its role as a model for younger generations by stimulating the quality of artistic production in these fields of cultural expression. The prize will be awarded by a qualified jury in accordance with the competition’s respective performing area, selected by the Mirpuri Foundation.

This award will promote excellence in Theatre. The prize is named after Carlos Avilez.

Carlos Avilez is one of the most important and controversial Portuguese theatre directors, whose productions of many dramatists’ works (mainly Shakespeare, Jean Genet and Gil Vicente) contributed significantly to the development of the 20th century Portuguese stage. His work began in the early 60’s and because of its new modern language he was soon known as the enfant terrible of Portuguese theatre. Influenced by directors Peter Brook and Jerzy Grotowski (whom he worked directly with) Avilez founded his own theatre Company in 1965, the “Teatro Experimental de Cascais” (The Cascais Experimental Theatre). There he worked with some of the most important 20th and 21st century Portuguese artists (playwrights, painters, set designers, musicians, composers, dancers, choreographers and – of course – actors) staging more than 150 productions throughout the last 52 years, winning countless awards in Portugal and abroad – main productions included Shakespeare’s King Lear, Genet’s The Balcony, Yves Jamiaque’s Don Quijote, Büchner’s Danton’s Death, Lope de Vega’s Fuenteovejuna, Witold Gombrowicz’s Ivona, Princess of Burgundia and Bertolt Brecht’s Life of Galileo, and also Shakespeare’s Hamlet at the Calouste Gulbenkian Foundation. He was also the artistic director for both Portuguese National Theatres (D. Maria II in Lisbon and São João in Oporto) and many other significant state and city theatre structures such as the “Teatro Municipal São Luiz” (São Luiz Municipal Theatre) (Lisbon) or the CITAC (in Coimbra). In 1970, he went on to become the director for the Portuguese Delegation at the Expo’ 70 in Osaka, Japan and in 1992 he founded the Escola Profissional de Teatro de Cascais (EPTC) (the Cascais Professional Theatre School – CPTS), one of the most prestigious Portuguese drama schools. After changing Portuguese theatre in the 60’s and 70’s, today Avilez is still acknowledged as one of the most influential directors in Portuguese theatre – maintaining a constant renewal of his stage language – but also as a key figure in the development of a new generation of Portuguese actors over the last 25 years as CPTS’s director and professor. The attributation of the 2016 Life Achievement Award by the Portuguese Society of Authors was one of many recognitions of a life fully dedicated to art and theatre.

Graça P. Corrêa is a researcher in Science and Art at the Faculty of Science at the University of Lisbon, as well as an integrated member at the CFCUL-Center for Philosophy of Sciences, where she currently develops and directs interdisciplinary research projects focusing on Emotion Theory, Synesthesia, Eco-philosophy, Neuro-aesthetics and Ethics.

With a degree in Architecture from the University of Lisbon, she completed her Ph.D. in Theater & Film Studies at the Graduate Center of the City University of New York, as a fellow of the FCT-Foundation for Science and Technology, following a Master of Arts Degree in Directing at Emerson College in Boston, through the award of a grant by the Fulbright Commission and the Calouste Gulbenkian Foundation.Alongside her academic career, she has presented productions as theater director and stage designer at CCB-Belém Cultural Center, Teatro Nacional D. Maria II, Teatro da Trindade, Capital Artistas Unidos, Teatro Mirita Casimiro, Teatro da Graça, Emerson Stage, Comuna Teatro de Pesquisa, Bescénico and Inimpetus.

She has also collaborated as a playwright, dramaturg and translator in professional theater companies.Having taught theater theory and performance practice at BMCC-CUNY, University of Évora and Escola Profissional de Teatro de Cascais, most recently she teaches seminars for the Master’s Program in Directing and Performing Arts at ESTC-School of Theater and Cinema, and of the interdisciplinary PhD Program in Philosophy of Science, Technology, Art and Society, offered at the University of Lisbon.

Select international publications include two books, Sensory Landscapes in Harold Pinter: A Study in Ecocriticism and Symbolist Aesthetics (2012) and Gothic Theory and Aesthetics: Transdisciplinary Landscapes in Film, Theater, Architecture and Literature (2020); as well as peer-reviewed scholarly articles such as “Towards an Eco-philosophical Reading of Space and Landscape in Theater, Drama and Performance” (Debates da Filosofia da Ciência Contemporânea, 2017) and “Longing and Belonging through Migration: Otherness and Empathy in Theater and Philosophy” (Performing Ethos: International Journal of Ethics in Theater & Performance, 2019).

Professionally, she has directed regionally at theaters including Actors Shakespeare Project, Boston Center for American Performance, Merrimack Repertory Theater, New Repertory Theater, Ensemble Studio Theater, Huntington Theater Company, Boston Playwrights Theater, Nora Theater Company and Gloucester Stage Company.  As a founding member of The New Ehrlich Theater, Braha directed many award winning productions including Bent, The Fifth of July and House of Blue Leaves, paving the way for the cultural renaissance in Boston’s South End.  Ms. Braha directed Emilie: La Marquise du Chatelet Defends Her Life Tonight for the Nora Theater, Our Class and The Road to Mecca for BCAP, Othello for ASP, Water By The Spoonful for BU/ SOT and Joyce Van Dyke’s new plays Deported/ a dream play and The Oil Thief for the Boston Playwright’s Theater. The Oil Thief won an Elliot Norton Award for Outstanding New Play in 2009 as well as Emilie: La Marquise du Chatelet Defends Her Life Tonite winning Lee Mikeska Gardener a Norton for Outstanding Actress in 2015.  Most recently:  The Exonerated and Our Country’s Good for BU, Golda’s Balcony for the New Repertory Theater, I Am Lear, a devised piece on aging for Actor’s Shakespeare Project and Gloucester Stage’s To Kill a Mockingbird.  Braha has an MFA from Boston University, a BFA from Carnegie Mellon University and continues to be a proud member of SDC, AEA, SAG-AFTRA and Stage Source where she sat on the Board of Directors for its first six years. 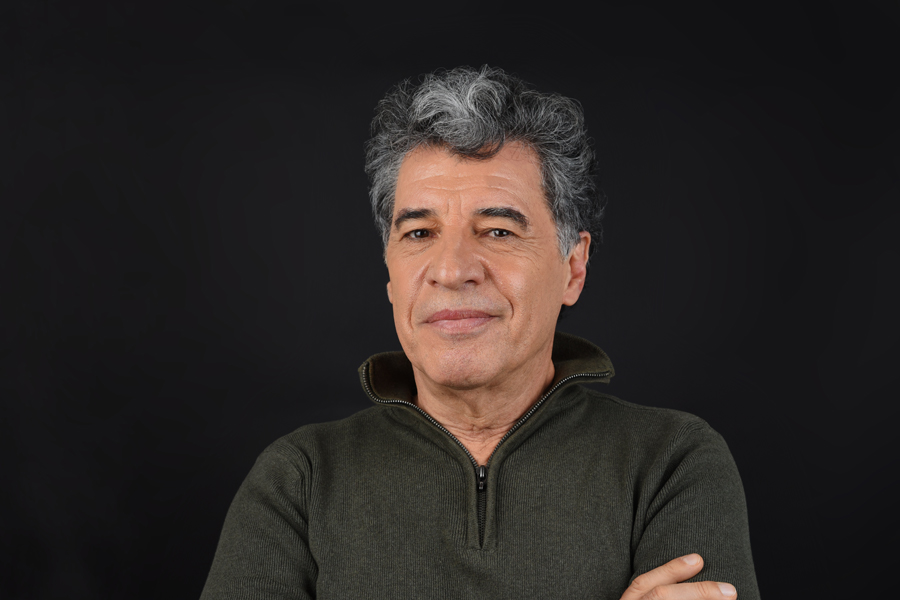 Paulo Betti was born in Rafard, São Paulo, in 1952. He graduated from the School of Dramatic Art at the University of São Paulo (USP), in 1975. He was a Professor at the School of Dramatic Art at the University of Campinas (UNICAMP) from 1977 to1984. He acted in various films including: “Infância”, by Domingos de Oliveira, winner of a kikito’s best supporting actor award, “Lamarca“, by Sérgio Rezende, “Mauá, o Imperador e o Rei“, by Sérgio Rezende,  “Ed Mort“, by Alain Fresnot, “Guerra de Canudos“, by  Sérgio Rezende, “Doida Demais“, by Sérgio Rezende, “O Toque do Oboé“,  by MacDowell,“Casa da Mãe Joana” 1 e 2, by Hugo Carvana,”Fonte da Saudade” by Marco Altberg, “A mulher invisivel” by Claudio Torres,”O Paciente” by Sergio Resende.

Movies where he acted as director and actor include “A Fera na Selva” received the special award in the  Gramado Festival together with actress Eliane Giardini in 2017 and  “Cafundó” (17 awards 5 kikitos in Gramado).

He was President and one of the founders of the Cultural Association  Casa da Gávea (RJ), 1993 – 2014, and of the  Cultural Institute Vila Leão (São Paulo) for 3 years.

In 1993, he won the Distinguished Artist Fellowship Fulbright scholarship for one year in New York, and studied  documentary film at New York University with professor George Stoney.

A graduate of ESTC-Lisbon Theater and Film College, she taught Dramatic Expression at the Ana Manjericão Dance School from 1989 to 2014 and has been an FCT teacher at the Cascais Professional Theater School since 2008. From 1971 to 1972 she premiered in theater playing Columbina in “Pinocchio”, directed by António Cabo (Monumental Theater). Since 1975, she has collaborated regularly in radio theater, with “A Morgadinha dos Canaviais”. In 1982, she started her activity in television with “Porque Hoje é Sábado”.

The Mirpuri Foundation awarded a Prize in the areas of Dance, Music and Theater. Each prize was named after a national prominent public figure in each of these respective cultural areas. The Prize...

Not too late for Coral...

A Sustainable and Health-controlled Event