The Mirpuri Foundation is pleased to announce that it will be once again awarding a Prize in the areas of Dance, Music and Theatre. Each prize is named after a national prominent public figure in each of these respective cultural areas. The Prize intends to promote and recognize cultural activities at the highest international levels of excellence, as well as to epitomize its role as a model for younger generations by stimulating the quality of artistic production in these fields of cultural expression. The prize will be awarded by a qualified jury in accordance with the competition’s respective performing area, selected by the Mirpuri Foundation.

This award promotes excellence in this area, and there is no musical genre restriction. The prize is named after Carlos de Pontes Leça.

Carlos de Pontes Leça was born in Coimbra in 1938. It was there that he initiated his studies in piano and composition, later perfected at the Conservatório de Lisboa, in the classes of Croner de Vasconcellos and Maria de Lourdes Martins. He graduated in Law at the University of Coimbra and in Journalism at the University of Navarra. For many years he was Adjunct Director of the Music Service of the Calouste Gulbenkian Foundation, Artistic Director of the Music Festival of Leiria, Adjunct Director of “Colóquio” magazine and organizer of Encontros Gulbenkian de Música Contemporânea. The long and enthusiastic action that he developed as promoter of music culture in colloquiums, conferences, congresses, concerts, articles in the periodic press, radio and television programmes, dedicating particular attention to the study of opera of the 19th and 20th centuries, of Musical Aesthetics and Musical Analysis of the 20th century, as well as the multiple relations between music and cinema, was both vast and recognized He collaborated regularly with the national television and radio – RTP and RDP –, Cinemateca Portuguesa and Teatro Nacional de São Carlos. A gentleman that excelled in his affability and humility – prime qualities of great men –, his great knowledge, together with a profound religiosity, Carlos de Pontes Leça understood Art as an unmistakable sign of the sacred, as an uninterrupted spiritual dialogue between Humanity and God. On April 29, 2016, he said goodbye to us and – his own words –, also to this “complex world, often chaotic, irrelevant, populated with signs of death; but, simultaneously, full of beautiful, kind and jubilatory realities”. 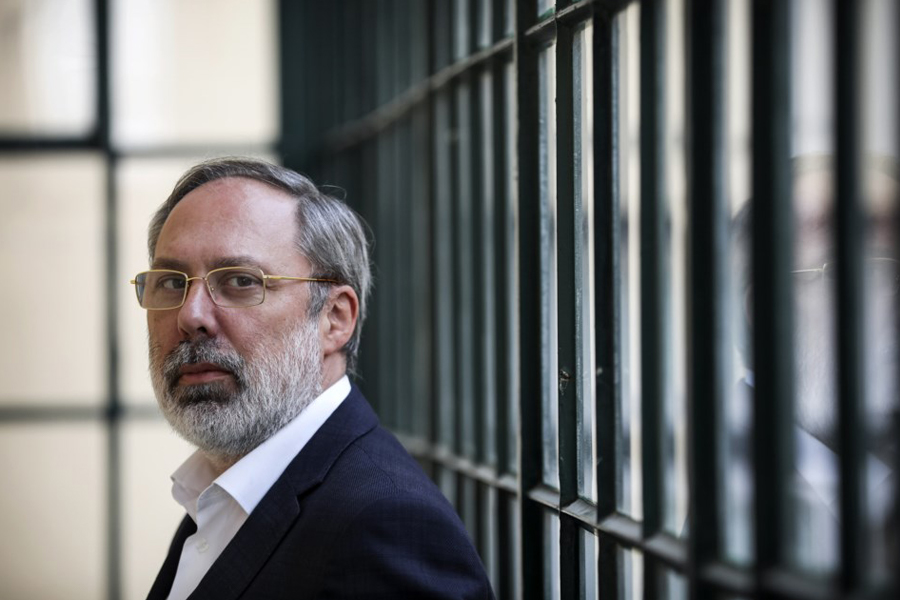 A Guest Assistant Professor in the History Department at the Faculdade de Ciências Sociais e Humanas da Universidade Nova de Lisboa, Carlos Vargas was part of the Master’s program in Heritage, and a researcher at the IHC – Instituto de História Contemporânea, FCSH NOVA. Vargas graduated with a degree in Languages and Classical Literature from the Faculdade de Letras da Universidade de Lisboa. He also holds a degree in Machinery Engineering from the Instituto Militar dos Pupilos do Exército. 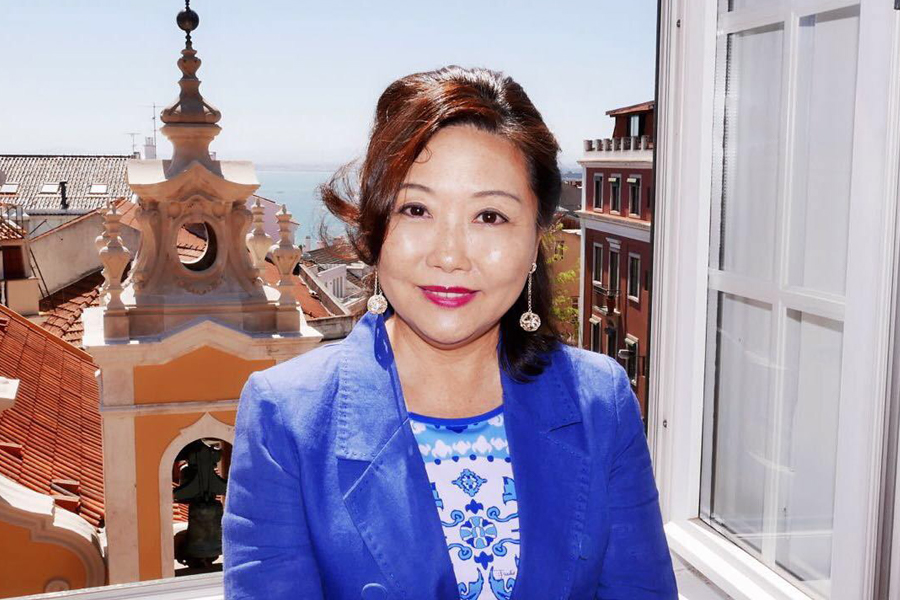 Emily Kuo Vong, who has attained success as both a musician and as a female entrepreneur, is playing a valuable role on the world stage.She is the current President of the International Federation for Choral Music (IFCM) which is an appointment by UNESCO and the official representative of choral music on the International Music Council. She, additionally, founded many entities to contribute to promoting and facilitating cultural exchange and business cooperation all over the world.

She is the President of the U.S.- based Chinese American Intercultural Exchange Foundation (CAIEF), the President of the Four Seasons Investment Group, the Sole Director of Portuguese DIMALU – Sociedade de Administrações Agrícolas e Prediais, and the Chairman of the International Cultural Center – Monte Real.Emily has always devoted herself to supporting many international multi-cultural projects, including producing and sponsoring the original opera “Farewell My Concubine” for the China National Opera House to perform in six major American cities, establishing the Asia Pacific Youth Choir as its only major founder and sponsor to cultivate young talented professional choral conductors and musicians, helping the American Choral Directors Association (ACDA) in completing for the first time its International Choral Conductor Exchange Program between the U.S.A. and China.

She created, financed and developed a great number of choral projects, festivals, and conferences in Africa, Asia, and other parts of the world through the IFCM working committee, such as the Shanghai Cooperation Organization (SCO) Countries Youth Choir and 2019 IFCM World Choral Expo in Portugal.

Fábio Luz is one of the most acclaimed Brazilian pianists of our time. For 40 years, he has developed an international career as a concert artist and teacher. He began studying piano at age five, gave his first recital at age 10, and 7 years later he graduated with honors from the São Paulo State Conservatory.Fábio Luz won several of the most significant national competitions in Brazil (the Bahia National Prize, the São Paulo State Symphony Orchestra Soloist Prize, the Rio de Janeiro Funarte Prize) and the Prize of the Art Critics Association. In 1978 he received the International Debussy Prize in Saint-Germain-en-Laye, France, and in 1981, he obtained a Master’s degree in Music (“French Music Diplome”) in Paris.

One year later he signed his first recording contract.Fábio Luz has given nearly a thousand concerts in the form of recitals, chamber music and as a soloist with well-known orchestras, such as the National Symphonic of Rio de Janeiro, the State Symphonic of São Paulo, the Philharmonic of Turin, the Symphonic of Radio Ljubljana, the Philharmonics of Iasi and Ploiesti conducted by Noheil, Nanut, Celibidache, Amadio, Bernstein, Galindo, and Rhein-Schirato, among others.He is a regular visiting artist at many distinguished institutions such as the Universities of São Paulo (USP, UNICAMP – 2009, UNESP), Rio de Janeiro (Escola de Música da UFRJ, Rio de Janeiro – 2011, 2012), Curitiba, Kansas, Iowa, Paris, Freiburg, the Conservatoires of Bern, Turin, São Paulo, Rio de Janeiro, the Lisinski of Zagreb, the Venezia Biennale, the Festival of Constance, the Gasteig of Munique, the Società del Quartetto di Bergamo, the Circolo Catalani di Lucca and the Amici della Musica di Pistoia, Villa Medici Il Vascelloin Rome, the Teatro Regio and the RAI Concert Halls in Turin, the Teatro São Carlos and Palácio Foz in Lisbon, the Apollon Theater in Syros (Grece), and Casa Verdi in Milan, among others.For a decade, Fábio Luz was the Artistic-Director of the Verdi Institute in Asti, Italy.

In the past few years, his Summer Master Classes have taken place at the Castello di Cortanze (Asti) – Laboratori Musicali Internazionali Estivi (Melos Arte & Musica) – as well as in numerous other locations. Since 2006, he has been teaching and coordinating the piano department at the Accademia Superiore Città della Musica e del Teatro (Italy). He was recently awarded the Certificate of Excellence in Composition by the National Music Academy of Neapolis (Thessaloniki, Greece). Fábio Luz is a member of the jury of prestigious international competitions, such as the piano contests in Geneva, Casale Monferrato (Soliva), Lagonegro, Art Livre (São Paulo), the Pianofest Hamburg (2013), and the composition contest ICOMS (Turin). In November 2010, Fábio Luz created the Franz Liszt Foundation in France. Great composers of our time have written works for Fábio Luz, entrusting him with premières of their works.

Portuguese conductor Joana Carneiro is the Principal Conductor for the Portuguese Symphonic Orchestra, and the Artistic Director for the Gulbenkian Internship for Orchestra. She was the Music Director for the Berkeley Symphony (2009-2018) and the official guest conductor for the Gulbenkian Orchestra (2006-2018). More recent and future guest conducting highlights include engagements with the BBC Symphony, the Royal Stockholm Philharmonic (which she conducted at the Nobel Prize Ceremony in December 2017), the Swedish Radio Symphony, the Gothenburg Symphony, the BBC Scottish Symphony, Maggio Musicale, the Philharmonic Orchestra, the National Arts Centre Orchestra in Ottawa and the BBC Philharmonic. Last season, she conducted Bernstein’s “It’s a Wonderful Town” with the Royal Danish National Opera (to which she will return in 2020) and a new production of “Carmen” at the Royal Stockholm Opera.

She continues to be sought after for contemporary programs and in recent years, made her debut at the English National Opera conducting the world stage premiere of John Adams’ “The Gospel According to the Other Mary”. In 2016, she conducted a production of “La Passion de Simone” at the Ojai Festival which was highly acclaimed, and a production of Van der Aa’s “Book of Disquiet” with the London Sinfonietta. In 2010, Carneiro led performances of Peter Sellars’s staging of Stravinsky’s Oedipus Rex and Symphony of Psalms at the Sydney Festival, which won Australia’s Helpmann Award for Best Symphony Orchestra Concert in 2010. Joana Carneiro was Assistant Conductor of the Los Angeles Philharmonic, where she worked closely with Esa-Pekka Salonen and led several performances at Walt Disney Concert Hall and the Hollywood Bowl. From 2002 to 2005, she served as Assistant Conductor of the L.A. Chamber Orchestra and as Music Director for the Young Musicians Foundation Debut Orchestra of Los Angeles.

As a finalist of the prestigious 2002 Maazel-Vilar Conductor’s Competition at Carnegie Hall, Carneiro was recognized by the jury for demonstrating a level of potential that holds great promise for her future career. In 2003-04, she worked with Maestros Kurt Masur and Christoph von Dohnanyi and conducted the London Philharmonic Orchestra, as one of the three conductors chosen for London’s Allianz Cultural Foundation International Conductors Academy. A native of Lisbon, she began her musical studies as a violist before receiving her conducting degree from the Academia Nacional Superior de Orquestra in Lisbon, where she studied with Jean-Marc Burfin. Carneiro received her Master’s degree in orchestral conducting from Northwestern University as a student of Victor Yampolsky and Mallory Thompson, and pursued doctoral studies at the University of Michigan, where she studied with Kenneth Kiesler. She has participated in master classes with Gustav Meier, Michael Tilson Thomas, Larry Rachleff, Jean Sebastian Bereau, Roberto Benzi and Pascal Rophe.

Carneiro is the 2010 recipient of the Helen M. Thompson Award, conferred by the League of American Orchestras to recognize and honor music directors of exceptional promise. In 2004, Carneiro was decorated by the President of the Portuguese Republic, Jorge Sampaio, with the Commendation of the Order of the Infante Dom Henrique.

The Mirpuri Foundation is delighted to announce that applications are open for the Dance, Music and Theatre Awards 2022, a cultural extravaganza designed to promote and recognise achievements in the...