The Mirpuri Foundation signed a sponsorship agreement with the Sailing Academy of Cascais. The main goal in supporting the Sailing School of the Cascais Naval Club is to alert youths to the problems facing our oceans, and consequently, make them more sensitive towards promoting its sustainability.

The Mirpuri Foundation believes sailing is a sport that brings young people and the sea closer together, thus making them more sensible towards the problems the oceans are facing and mobilising them to participate in their resolution.

The Foundation has developed several initiatives to benefit this sport and is very pleased to sponsor the Cascais Naval Club’s Sailing School, to whom the foundation recognizes and attributes merit for much of what has been done in Portugal in the area of sailing.

Projects in the area of ​​Marine Conservation have reached a certain prominence and are particularly cherished by the Mirpuri Foundation, which has been working to raise awareness towards the serious problems facing our oceans, such as pollution, acidification, rising temperatures, rapid destruction of corals, bad fishing practices and the risk of extinction for several marine species.

As part of the sponsorship agreement between the Mirpuri Foundation and the Sailing Academy of Cascais, all boats of the Optimist class display the Foundation image, carrying an important alert message to sensitize the young sailors to marine conservation issues, as each boat represents a marine species in danger of extinction.

The Mirpuri Foundation offered ten brand new Optimist boats to the sailing academy, and to honor this moment Paulo Mirpuri, President of the Foundation, visited the place accompanied by Miguel Horta e Costa, Commodore of the Naval Club of Cascais. 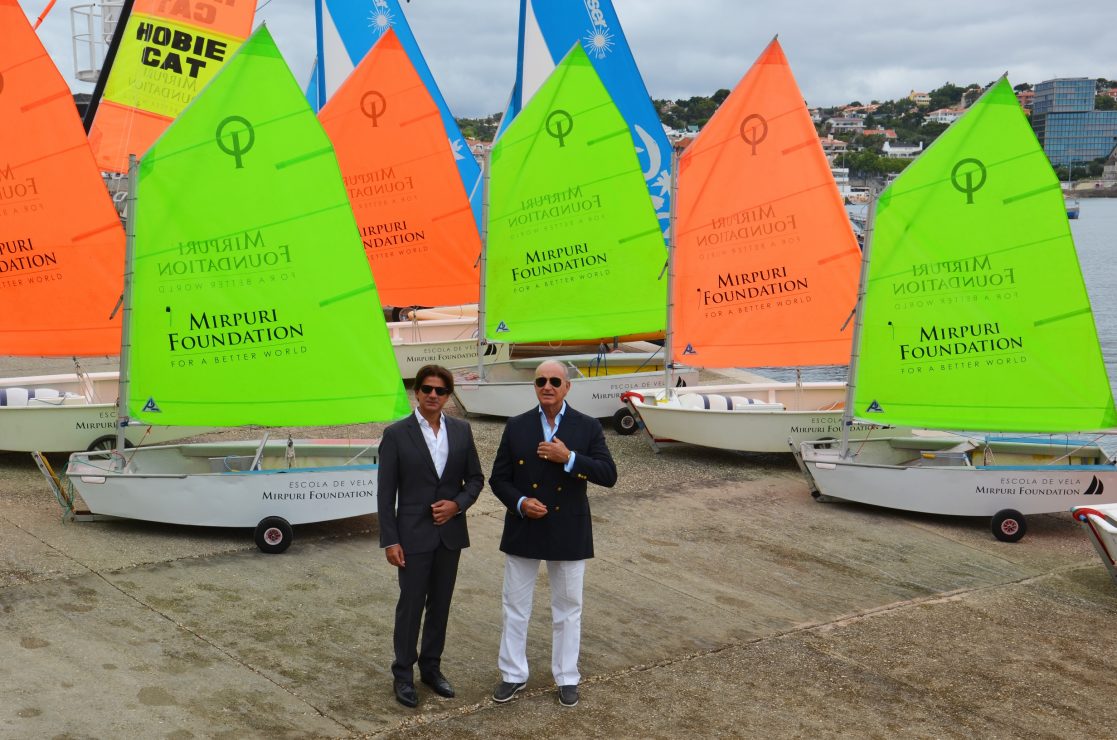 The 2nd edition of the Mirpuri Foundation Sailing Trophy will take place in Cascais, Portugal, racing days June 4th and 5th 2021. Around 100 Offshore Sailing Boats, including conventional and high-performance...

Racing into the lead with...