In the summer of 2019, the Mirpuri Foundation organized a scientific expedition, which, in addition to having started a study about the biodiversity in the seas surrounding Cape Verde, also identified new genres and species.

The expedition’s objective was to deepen the scientific knowledge about the fauna and marine life around this country’s islands.

The research trip, on Sal Island, kicked off in July 2019. It was led by renowned Professor Jesús Ortea, who was responsible for discovering 812 new marine species, and who has previously taken part in 26 research missions. Foundation President Paulo Mirpuri, as well as his brother Luís Mirpuri, were onboard for the first ocean outing.

Professor Ortea’s team discovered a new genre of marine species, naming them Mirpurina, in honor of the support afforded by the Mirpuri Foundation.

In 2018, during a dive, Professor Ortea discovered yet another new, brilliantly colored species, which he baptized Mexichromis paulomirpuri, also in honor of the Foundation Founder and President, Paulo Mirpuri.

The study’s results about the marine biodiversity around the islands greatly contribute towards important work underway to protect the principle marine habitats and ecosystems.

Manta Diving Center, known for its environmental protection efforts, was responsible for handling local logistics. The center sunk two boats to create the first artificial reefs in Cape Verde, one of which is already the second reef with the greatest biodiversity in Santa Maria bay. In a world where many scientists foresee that natural coral reefs may have disappeared by 2050, this small diving center has set an excellent example, and is working hard to prove that ocean regeneration and conservation is achievable.

Results of the Science Expedition:

Also accompanying the team, to produce a documentary, was Rafael Herrera, recognized for his work on David Attenborough’s “Blue Planet” series. This must-see documentary portrays the scientific breakthroughs and the richness of marine life of the Sal Island.

In support of the expedition, the Mirpuri Foundation also organized a Science workshop for teachers and students at Sal Island.

The session served to explain and reveal the expedition’s objectives and main discoveries, which was a huge success, particularly with children from the area, who enthusiastically joined in by suggesting names for the newly discovered species. 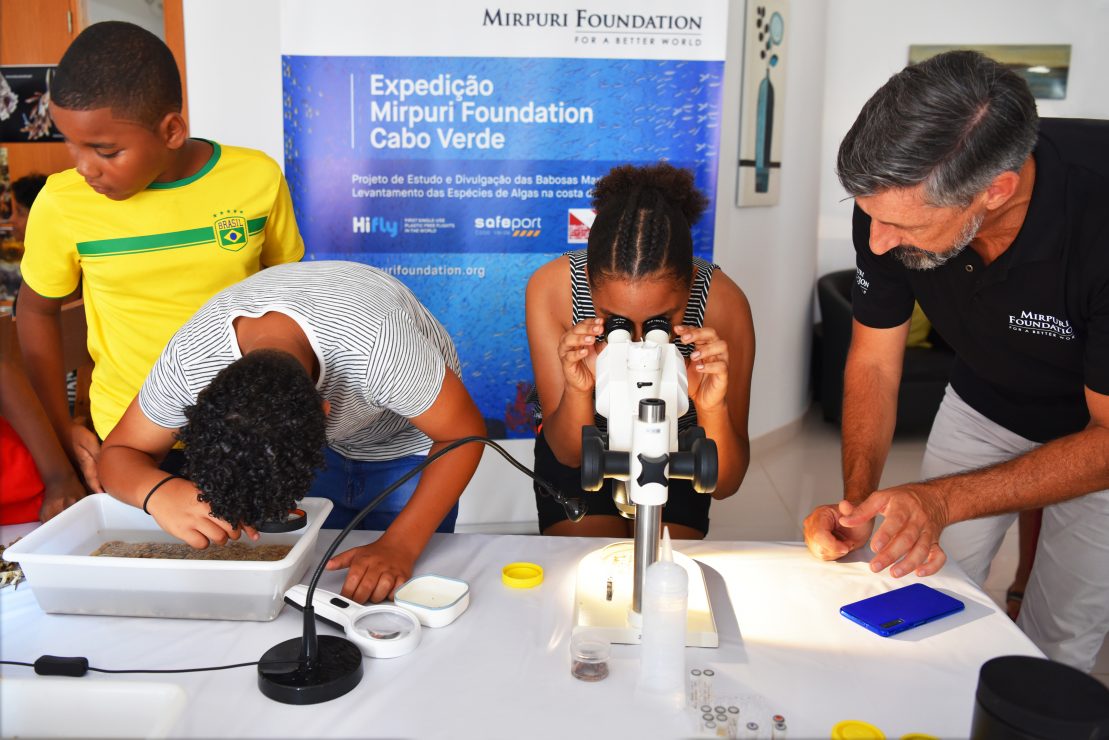 In the expedition’s aftermath, the Mirpuri Foundation organized a conference to present the scientific results, as well as to mark the publication of a book about Cape Verde’s marine life, which includes an illustrated inventory of species currently present in the archipelago.

Learn more about this expedition here.