‘I’m delighted to be back!’

She holds the record for being the first female to sail solo, both ways around the planet – and now she’s back for a second consecutive Volvo Ocean Race, as skipper. Dee Caffari will lead Turn the Tide on Plastic in 2017-18 – and she can’t wait to get back to the Southern Ocean. We caught up with her to get the scoop on the new team announcement…

I feel like this has been a long time coming, it’s been a huge challenge to get to the start this edition of the race. I’m delighted to be back in the race, and it feels even better because I’m really passionate about the campaign. Above all, I can’t wait to get back into the Southern Ocean – that’s what we call ‘real’ sailing. I can’t wait to take a whole lot of new blood and see the young ones experience that.

It’s not been an easy journey. Were there times when you thought you’d be watching the next race from shore?

I’ve had a nagging voice in the back of my mind about getting on board a Volvo Ocean 65 for this race. I’ve had various discussions with teams that didn’t come off and I’ve had glimmers of hope and then been disappointed. I’ve been frustrated and I was at the point where I thought it was beyond my reach. The fact this opportunity has come together is amazing. I believe I’m more passionate sailing for a cause and I love this race, I love sailing in the Southern Ocean and now I get to do it by leading the way for a group of young passionate sailors.

As a passionate environmental campaigner, does it feel like a big responsibility to be leading a team with such a vital message on a platform like the Volvo Ocean Race?

For sure, it’s so exciting to be carrying a global message to a global stage like the Volvo Ocean Race. It’s true that when you’re communicating a brand or a corporate message it’s not quite the same as being part of a campaign that touches and affects every single one of us – and there’s a very emotive tie for me to this campaign. This isn’t a B2B or B2C campaign, it’s relevant to everyone, and so it feels like I’m taking on a major responsibility. We’ve abused our planet, and it’s key to drive conversation about the amount of plastic in our ocean. We’re already talking about it, of course, but this campaign is all about pushing people into proactively doing something about it.

It’s reassuring to see that so many people are passionate about the cause. It’s an honour to be a communicative player in this and play a key role in the message delivery. In fact, it’s not quite hit me yet – it’s a little awe-inspiring that I get to do this.

How difficult is it to make the sustainability message engaging and impactful?

We talk about the oceans and plastic pollution as if it’s someone else problem but it’s not. It’s you, it’s me, it’s all of us. No matter what job we do, where we live, or who we are. It’s going to have a massive impact on the way we run the campaign, the way in which we conduct ourselves – we’re going to lead by example and we must practice what we preach. We will all use our drink bottles, there will be no single-use plastic – and hopefully we’ll get through to the people that follow the race, and beyond.

You’ve been around the world both as part of a team and solo. Do any particular moments of seeing plastic stick out in your mind?

Seeing plastic in the ocean at any time is heartbreaking, but yes, there are a few that you never forget. You know we talk about the Southern Ocean being a remote, hostile environment – there’s not a lot of shipping down there and yet there’s plastic in the ocean. It’s almost madness. I remember being onboard Team SCA getting exciting because we were passing Cape Horn and we saw some marine life and one of the girls said ‘oh look! They’re playing… no wait… that’s a plastic bag they’ve got there’. It’s times like that you realise the huge impact of what we’re doing and the reach and scale of the problem we’re facing. After all, 70% of our world is covered in water and our pollution is touching all of it. I mean, you kind of expect it in the Atlantic Ocean because there’s so much shipping activity but when you’re talking about the Southern Ocean it’s a whole different ball game.

The boat design is unique, and a very eye-catching billboard to race around the world…

The design of the boat is very cool. It’s contrasting, showing the state our oceans are moving towards on one side, and the state in which we would like to leave them on the other. The contrast is great. I hope that it will help us to deliver this campaign to a high standard on and off the water.

You’ve mentioned that you’re looking to build a youth-orientated team?

Yes, that’s the ambition. We will be sailing with youth sailors onboard because the reality is that it’s going to be the younger generations who inherit our mess. This is a major issue and we need to encourage future generations to step up. The youth aspect of this team is a challenge because we aim to take predominantly under 30 sailors, most of which have not sailed around the world before. They’re great sailors in their own right but I will have to pull them together as a team…and perhaps that’s one of the most exciting parts. I’m sure my background as a teacher will play a part when I find myself in that position when I’m trying to get the best out of people. To be leading a group of young sailors that I know will go on to do future editions of the race is an incredible feeling. I’m doing what I want to do and I’m giving back at the same time and that’s a great place to be.

I think the 5+5 combination is delivering what the Volvo Ocean Race hoped was going to happen when they made the rule change to incentivise the teams to take mixed crews in the first place. I certainly think having the youth aspect makes it easier and they’re all starting with no previous Volvo Ocean Race experience. Despite that, I hope that they’ll become a great team and give it everything they’ve got on the water. Hopefully our team will just be a team, with no gender divide.

A clear objective of this campaign is around the storytelling. Does that mean you have no performance ambitions on the water?

That’s not the case. Impact on and off the water and to deliver above and beyond is our objective. The young sailors are hungry for this, they’re hungry to prove a point that they need to be given this opportunity and I can harness their energy and hopefully turn it into a great performance.

Fans can look forward to more live and direct content than ever before thanks to the Crew Communicator – how important is that communications platform, and what’s your approach to it?

I think it’s really important to be honest in our communications and display a true representation of what we’re going through. It’s not all roses, it’s not great and sometimes its dark, wet and miserable and I think via the Crew Communicator the sailors will get a chance to communicate that and I believe this will make fans what to support them through the good times as well as the bad.

There are less than five months to the start of the race. Do you feel confident you can achieve all of your preparation and objectives in the time-frame?

We have a lot to do in a short space of time, it focuses the mind, it stops you wasting time and energy in the wrong places… I just think the key thing for us is getting the right mix of personalities for a strong team to deliver in terms of performance because this race is about the team, but also we want communicators, young sailors who can communicate the journey to the fans.

I think because these are boats we’ve sailed before people are more comfortable stepping on at a later date. I believe the standard of sailing with be just as high, if not higher, than ever before. Fans will have a great race to follow, the teams are so diverse and once the teams hit the water it’s going to be great.

For this team it’s going to be August with a bang, we’ll use the Fastnet as trials. We will take a couple of old salts onboard to share the responsibility with me, but the focus will be on the youth and making them step up to the plate. 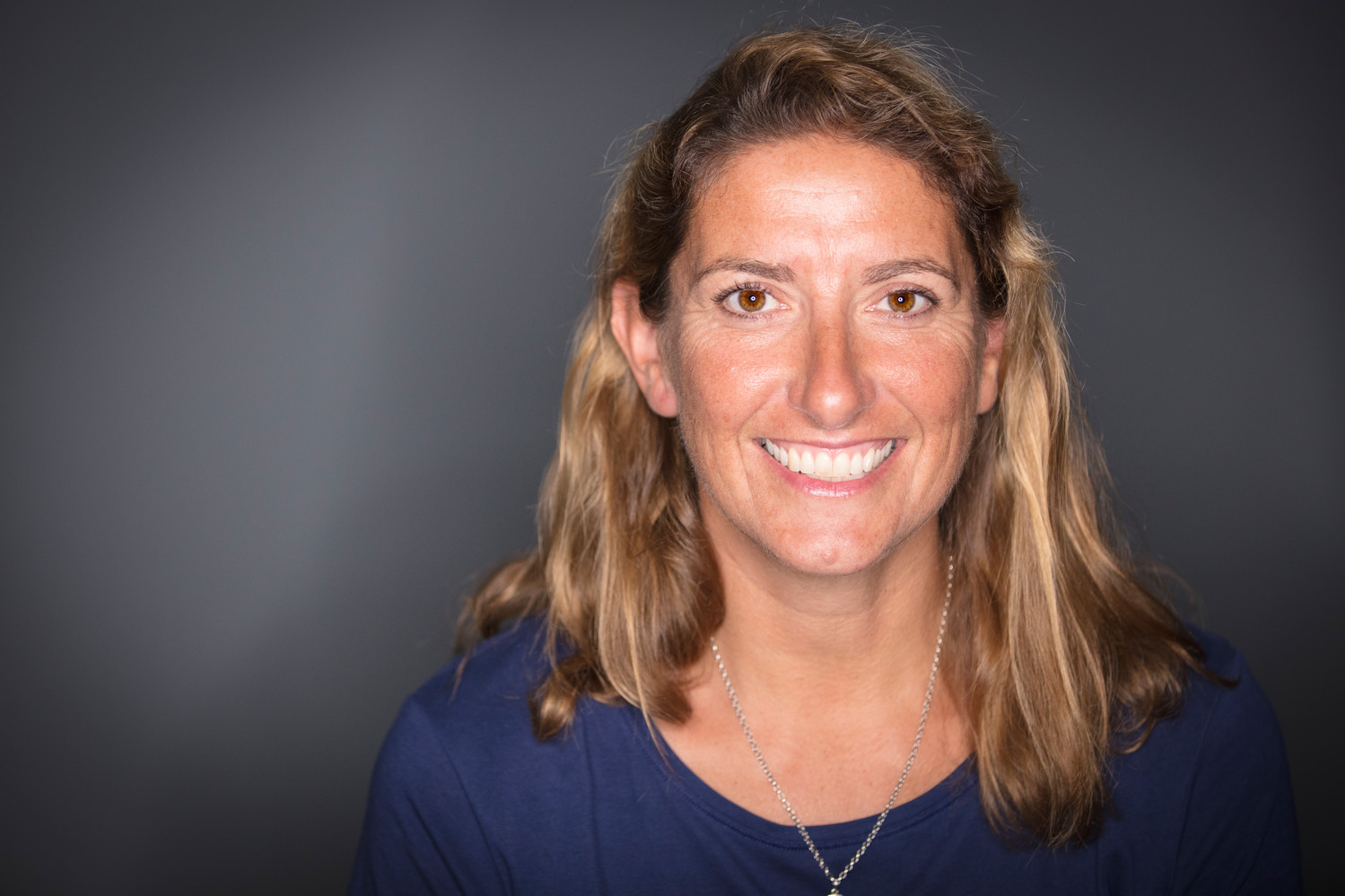