The Mirpuri Foundation Sailing Trophy, one of the most anticipated and prestigious regattas of the year, has kicked off today in Cascais.

The event was officially opened in a special ceremony at Fort Santo António da Barra by Mayor of Cascais, Carlos Carreiras. The start of the day’s racing was marked with a symbolic battery of cannon fire, with the fleet of competitors lined up in the marina below. Also among the distinguished guests were Pedro Mota Soares, President of the Municipal Assembly and Pedro Morais Soares, President of the Cascais and Estoril Parish.

The Mirpuri Foundation Sailing Trophy was founded last year to create awareness for marine conservation projects to protect the world’s oceans. A wide variety of boats took part in the first day’s racing in NHC, Classic and ORC classes. Young sailors are a particular focus for this year’s event and three days of Optimist racing commenced yesterday.

Organised in partnership with the Clube Naval de Cascais, the regatta also coincides with the Cascais stopover of The Ocean Race Europe. The 12-strong fleet of VO65s and IMOCA 60s arrived in Cascais on Wednesday in a thrilling finish to their first leg that saw all 12 boats finish within minutes of one another, after four days of racing. 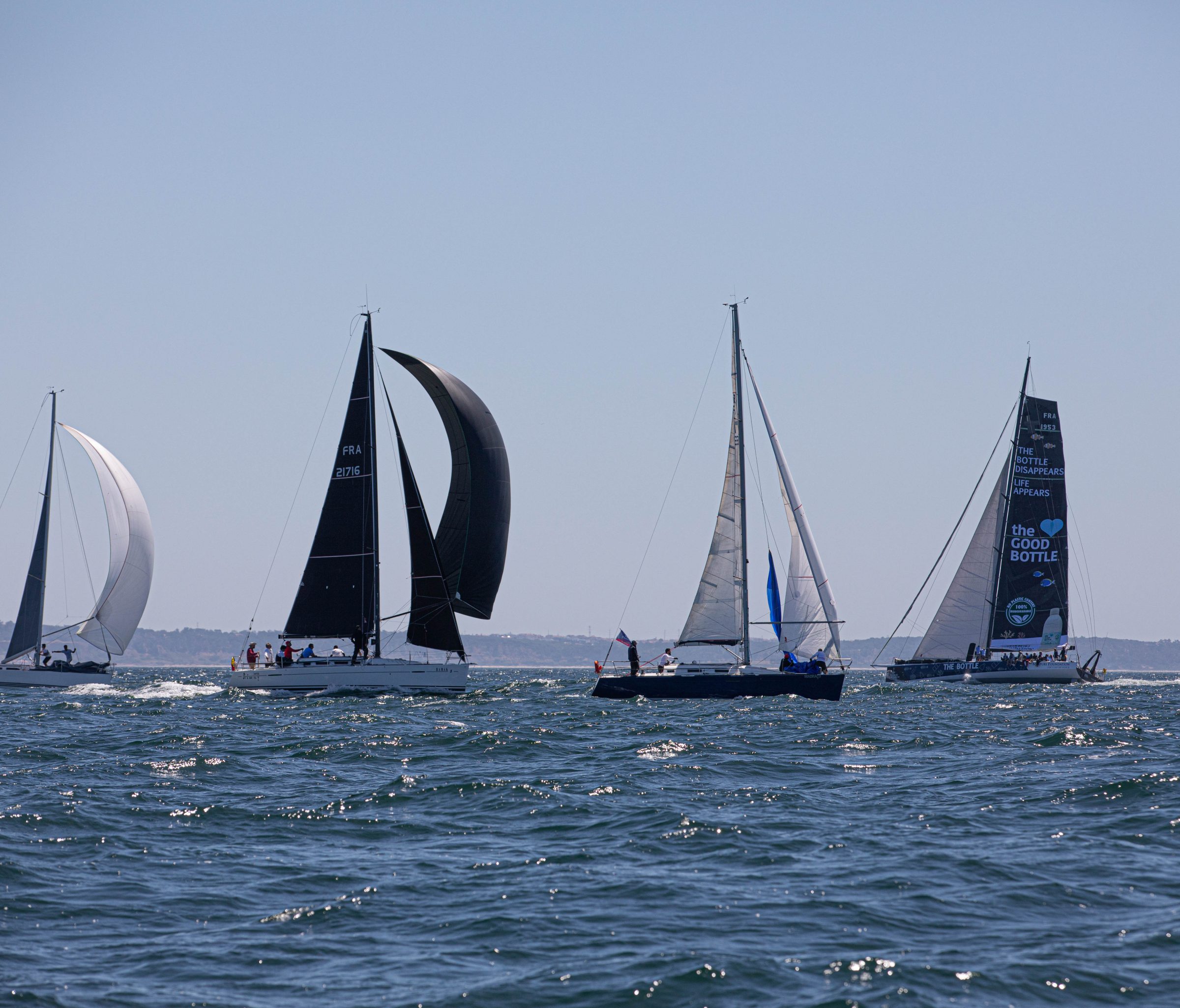 The Ocean Race Europe fleet will race in the Sailing Trophy tomorrow among competitors and sailing enthusiasts from around the country, for what promises to be a spectacular highlight for the region. The event will make Portuguese sailing history as the first time VO65s and IMOCA 60s have ever raced together in Portugal.

Paulo Mirpuri, Founder of the Mirpuri Foundation said: “At its heart, the Mirpuri Foundation Sailing Trophy is created to celebrate our love for the ocean and what better way to do this than by taking to the water together for two days of racing. After a very difficult year for so many, this year’s regatta is a welcome opportunity to get back together and enjoy some friendly competition in the beautiful surroundings of Cascais. Tomorrow the spectacular fleet of The Ocean Race Europe will also join us in  the race and will without a doubt be a day to remember.”

Carlos Carreiras, Mayor of Cascais said: “We are thrilled to welcome the Mirpuri Foundation Sailing Trophy when we are just about to celebrate the 657th anniversary of Cascais. This is a wonderful way of commemorating our maritime identity – rather on the economy, culture, or sporting events – which has always been part of our lives for centuries. Enjoy your time in Cascais and may all teams be most welcome to one of the best fields regatta in the World.”