The Mirpuri Foundation Racing Team announces that Yoann Richomme will skipper the team’s ‘Racing for the Planet’ boat in the 2021 edition of The Ocean Race, the world’s longest and toughest sporting event.

– French sailor Yoann Richomme (36) to skipper 2021 Mirpuri Foundation Racing Team Ocean Race entry
– Round the world race one of the toughest tests of human endeavour
– Ocean Race welcomes more than 2.5 million visitors to race villages and attracts over 6 billion viewers globally
– Entry backed by The Mirpuri Foundation and Hi Fly Airline to take message of sustainability – Racing for the Planet – around the world
– Team continues to set preparation benchmark for 2021-22 race
– Recommended to the Mirpuri Foundation by team advisors and reigning Ocean Race winners, Bruno Dubois and Charles Caudrelier
– Richomme described by Bruno Dubois as ‘the most exciting sailor on the market’
– Sailors invited to apply for 2020 testing and practice race programme ahead of 2021 race start

Lasting for over nine months and spanning the breadth of the globe, the Ocean Race is a truly international event and has caught the imagination of sailors, adventurers and sportsmen for the past five decades. In recent years the race has taken up the mantle as an award-winning force for change on sustainability issues, with the Mirpuri Foundation acting as the official sustainability partner on the previous edition as part of a global movement against plastic pollution.

Richomme started his career in crew racing while studying naval architecture at the University of Southampton. He raced with a student team in the Tour de France à la voile for the four years of his study before returning to his native France.

Moving to Lorient; the spiritual home of French ocean racing, Richomme fully immersed himself in the culture of French offshore racing which has produced legends of the sport including Eric Tabarly, Loïck Peyron, Jérémie Beyou, and previous Ocean Race winners Franck Cammas and Charles Caudrelier.

With his winning reputation secured in the world of single and double-handed racing, Richomme now returns to crewed racing in pursuit of the greatest prize the sport has to offer – victory at the Ocean Race.

The Ocean Race is renowned as the toughest sporting event in the world, with the best sailors on the planet battling the elements in a test of teamwork, skill and individual endurance.

The start of the race in the Autumn of 2021 kicks off nine months and 45,000 nautical miles of the closest, with sailors experiencing lack of sleep, physical exertion, fear, no fresh food, no privacy – it provides a unique test of human endurance.

Richomme (36) was recommended for the role by reigning Ocean Race champions, Bruno Dubois and Charles Caudrelier, who are advisors to Paulo Mirpuri and the Mirpuri Foundation Racing Team.

Bruno Dubois said: “I knew right away that Yoann was top of my list for the next race. Yoann’s recent race wins speak for themselves. From his base in Lorient, he is racing in the ocean up to 200 days of the year.  He has the natural feel for how to make a boat fast and also the technical skill to make best use of the data and manage his team. He is without a doubt the most exciting sailor on the market right now.”

Richomme will take the helm of the ‘Racing for the Planet’ VO65 entry of the Mirpuri Foundation Racing Team. Class rules dictate that all VO65 entries be identical, bringing the skill and daring of the sailors to the forefront of the racing.

Yoann Richomme said: “I am very proud to be appointed to skipper the Mirpuri Foundation Racing Team in the Ocean Race. Winning this race has been a goal of mine for a long time and I am ready to take on this challenge.”

“I have great respect for the message that the Mirpuri Foundation Racing Team is bringing around the world. As a father, I want to pass this beautiful planet on to my daughter and the next generation. We are racing for the planet and each small step forward can make a big difference.”

“We have one of the greatest assets that any successful team needs – time. With the boat already in the water, 2020 will be our year to trial different sailors and team configurations in order to select the very best team. We will also enter some practice races this year and begin our preparations in earnest, so we know we will arrive at the start line with a team capable of winning the race”

Having tested the waters in 2018 with involvement in the Turn the Tide on Plastic entry, 2021 marks the first full team entry for the Mirpuri Foundation in a race which is respected by fans around the world as the pinnacle of crewed offshore racing.

Paulo Mirpuri, Mirpuri Foundation Racing Team Owner said: “I am delighted to welcome Yoann to the Mirpuri Foundation Racing Team. We are fortunate to have Bruno and Charles advising us on how to build the very best team. Their knowledge and insight is the best in the world and I tasked them with finding a skipper who can take our boat and lead it to victory in 2021.”

“In Yoann, they have seen someone who has the rare balance of a skilled sailor and patient leader with an eye for the finest detail. I am already impressed with his approach and his mindset. We will do all we can to empower him to assemble a race-winning team and to lead the way in bringing our message, ‘Racing for the Planet’ around the globe.”

With its skipper secured, the team begins its 2020 sailing programme in earnest. The team is inviting resumés from sailors around the world who believe they have what it takes to compete in the toughest race in the world. The team will begin testing potential team members in the coming months before embarking on their practice race outings before the end of the year. 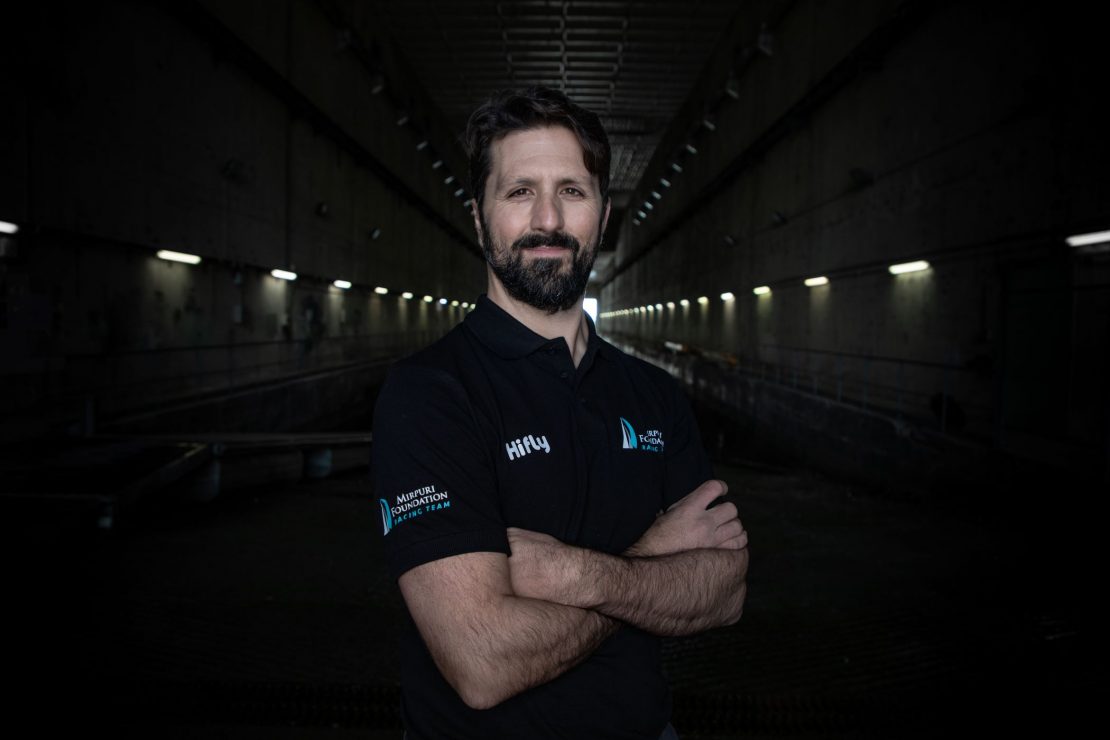 The Mirpuri Foundation is a non-profit organization based in Portugal, and founded by entrepreneur Paulo Mirpuri with the aim of contributing to a better world for future generations. With its belief that leading by example is the best way to change mindsets, the Mirpuri Foundation fosters cooperation between legislators, corporations, communities and individuals. The Mirpuri Foundation acts in six distinct areas: Marine Conservation, Wildlife Conservation, the Performing Arts, Social Responsibility, Medical Research and Aviation. The foundation’s commitment to sustainability is transversal and is reflected in all its activities. The Mirpuri Foundation is synonymous with technology, research, information and innovation. Allied to these characteristics are the values of integrity, perseverance and altruism in order to better impact the planet.

Through the ‘Turn the Tide on Plastic’ campaign in the 2017-18 edition of the Race, the Mirpuri Foundation was part of a global movement against plastic pollution. For the 2021 edition, Mirpuri Foundation Racing Team will focus on raising awareness and driving action on climate change.

The ‘Racing for the Planet’ campaign was launched in 2019, when the team’s VO65 boat officially took to the water at the Mirpuri Foundation Racing Team HQ in Cascais, Portugal. Advisors to the team include reigning Ocean Race champions Bruno Dubois and Charles Caudrelier.

About The Ocean Race

Since 1973, The Ocean Race has provided the ultimate test of a team and a human adventure like no other. Over four decades it has kept an almost mythical hold over some of the greatest sailors and been the proving ground for the legends of our sport. The last edition of the race was the closest in history, with three teams virtually tied, approaching the finish line. After 126 days of racing spread across 11 legs, the winning margin for Charles Caudrelier’s Dongfeng Race Team was only 16 minutes. The top three teams were separated by just four points. The next edition of The Ocean Race will start from Alicante, Spain in the autumn of 2021 and will finish in Genoa, Italy in summer of 2022.

Sustainability in The Ocean Race

Building upon the legacy of the previous race, our innovative programme will act as a catalyst for positive change to help restore ocean health by addressing the impacts of plastic pollution. With a commitment to put sustainability at its heart, the next edition of the race will develop a roadmap to inspire action and create tangible outcomes. 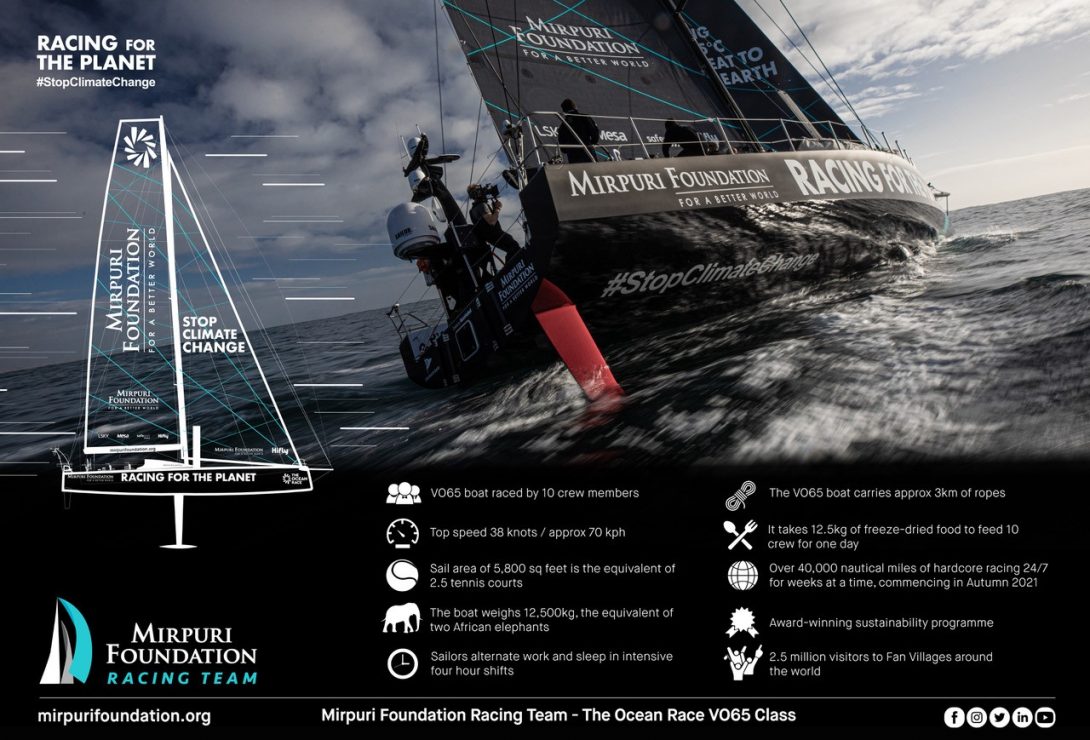