It was a great honour to count with the presence of some of our Volvo Ocean Race Turn the Tide on Plastic team members and friends – Dee Caffari, Frederico Melo, Harry Spedding and Andrea Tagliamacco – on the official launch of the new “Save the Coral Reefs” Campaign.

Supported by the Mirpuri Foundation, Britain’s Dee Caffari led a mixed, youthful team bringing a strong message of sustainability and spreading a strong environmental message dubbed “Turn the Tide on Plastic”. The campaign lasted throughout the eight months of the race, which covered 45,000 nautical miles around the world and 12 Host Cities on six continents.

Both “Save the Coral Reefs” and “Turn the Tide on Plastic” campaigns are part of the Mirpuri Foundation´s 2018 Marine Conservation Program, that is deeply committed  to keep our oceans alive, and is  fully aligned with the United Nations’ goals and efforts to  avoid the destruction of marine ecosystems and its habitats. 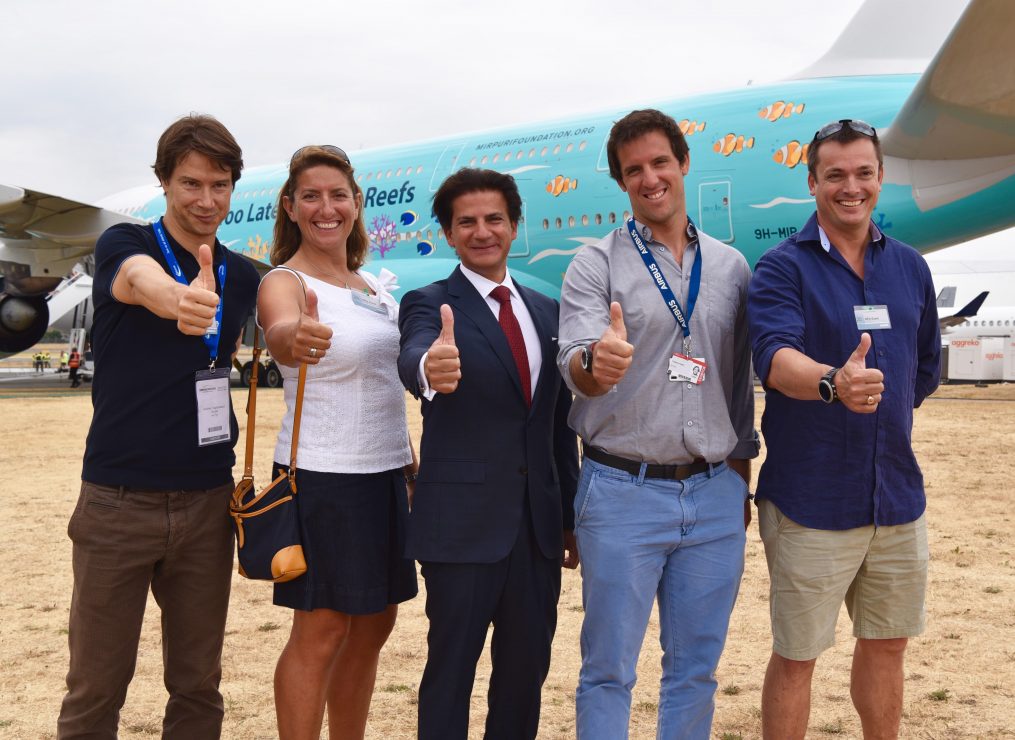