The harmful effects of plastic on human health will be presented by Dr. Ivone Mirpuri in the Volvo Ocean Race Ocean Summit in Hong Kong, China, on January 22nd.

Here is a reflexion on the Cape Town Ocean Summit, where Dr. Ivone Mirpuri was also a speaker, raising awareness for such an important subject: 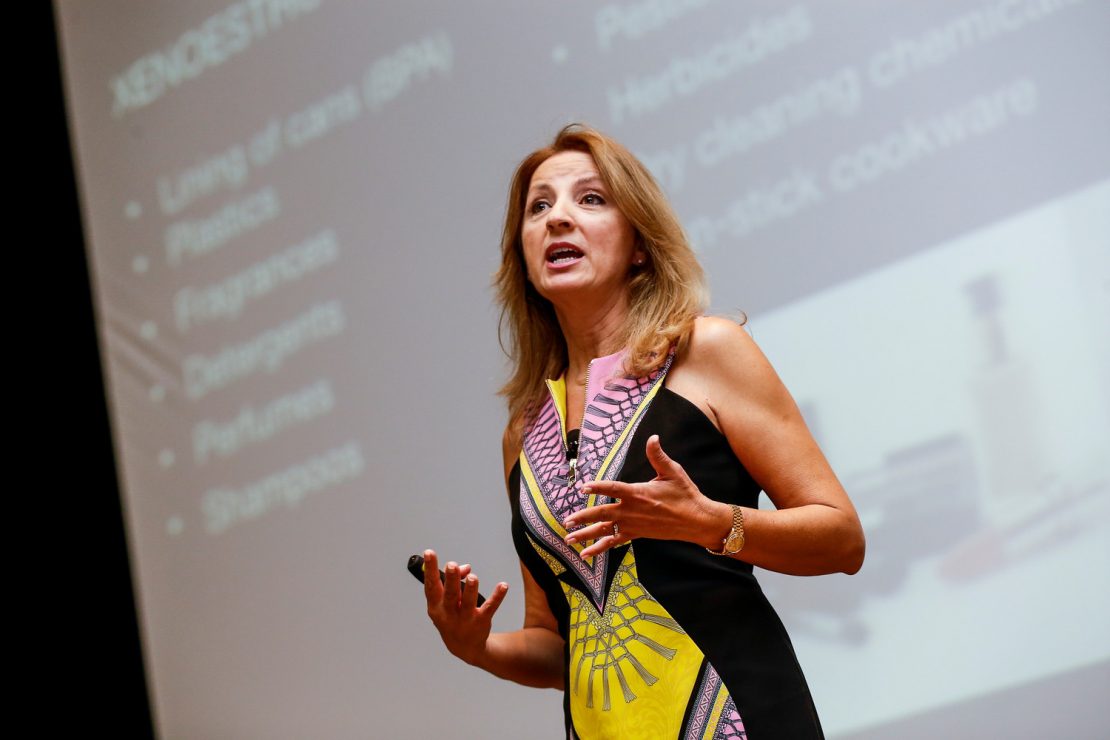 “It has been two memorable days which I shall never forget. People from all over the world sharing a common interest: the oceans and their importance for the future of humanity. The theme of this year’s Volvo Ocean Race edition is to “Turn the Tide on Plastic” but I still sense a significant degree of skepticism towards the damaging effects plastics have on our society despite the outstanding evidence.

It was a great honor for me to have had the opportunity to be a key speaker at this event.

Plastics, the hormones and the oceans

I have been exchanging ideas with people who, along with the Mirpuri Foundation and myself, are mindful of the threats plastics pose. However, individuals and organizations are powerless and thus unable to “Turn the Tide” on their own. Governmental awareness, commitment and action are needed!

We already have seven times more plastics in the oceans than plankton!

Animals are dying as they struggle to find food and are instead eating and being trapped in plastic waste. Nonetheless, most of us keep using and “eating” plastic: mainly non-recyclable plastic such as the colorful, “sexy”, mass-market plastic containers which simply cannot be recycled!

Even if we separate our household waste for recycling, we cannot be sure it will all be recycled; the average person uses a plastic bag, which will probably end up in the ocean, for a mere 11 minutes. We should reassess our way of living!

I have been a doctor for nearly 34 years. My everyday job is to treat Hormonal Imbalances that include menopause, andropause, thyroid issues, obesity, menstrual problems…basically anything related to hormones, which is pretty much everything!

Hormones are chemical messengers, released by glands that travel through the blood stream to target cells. They control every function in our body: blood pressure, heart beat, blood sugar, fertility, immune function, our mood and emotions, our quality of sleep, our water content and our calcium levels. The water we drink, the urine we excrete…every metabolic function aimed at keeping us healthy is controlled by the hormonal system.

This can wreak havoc on the endocrine system and cause severe consequences.

Plastic is the number one EDC. It is all over the place! And the reason is because in its composition plastic has substances that are similar to estradiol such as Bisfenol A (BPA), which latch onto estradiol’s receptors and consequently interfere with the natural hormone’s functions. Every substance that is similar to estradiol and is able to do this is called xenoestrogen.

Plastic and xenoestrogens can be found in several things that we use in our daily lives. The lining of cans (BPA), plastics, fragrances, detergents, perfumes, shampoos, soaps, pesticides, herbicides, dry cleaning chemicals, non-stick cookware, personal care products, metals, industrial chemicals, pharmaceutical drugs, and non-bio-identical hormones to name but a few.

Even without BPA, plastics are composed of other EDCs such as formaldehyde, phthalates, benzene, dioxin and vinyl chloride among others. As a matter of fact, there are over 85,000 already known EDCs, and we can find them everywhere. The more frequent ones are Bisphenol-A (BPA in plastics), Dioxin (in meat, fish, eggs and butter), Atrazine (in herbicides and water), Phthalates (in plastic toys and personal care products), Perchlorate (in fuel and water), Polibrominated difenyleters (PBDE) (used in Fire retardants), Lead (used in water filters, and also in paint), Arsenic (in poultry and water), Mercury (in seafood), Per-fluorinate chemicals (in non-stick cookware, water and resistant materials), Organophosphate pesticides and Glycol ethers (in paint solvents).

Our bodies have around 200 toxic products at any given moment and they can cause our hormones to work improperly. And if we think that small doses will not cause any effect, and that only large doses wreak havoc, then we could not be more wrong and outdated!

When we take the mixed effects into consideration, risk levels rise. The effects appear to occur in a cumulative manner. The negative impacts on our health should not be underestimated, especially where human reproduction is concerned.

Fertility has decreased by 50% over the last 50 years, owing not only to lower sperm quality but also to higher rates of endometriosis, polycystic ovarian syndrome and miscarriages.

Male and female reproductive tract abnormalities have doubled in the last 50 years. Cases of intersex or ambiguous genitalia are more and more common resulting in situations where we simply do not know if the child is a boy or a girl.

Also obesity, diabetes and heart problems are increasing every year. One in every five children, as well as one-tenth of all adults in the U.S.A. are obese. Diabetes have increased more than 5% per year in some countries! And we used to classify type 2 – diabetes as an “Adult onset disease”, whereas now we are seeing it as early as the age of five!

Heart attacks are currently the most frequent cause of death in the civilized world, which basically means in countries where there are more EDCs.

The early onset of puberty is another problem. In our grandmothers’ days, the first menstrual period occurred at around age 16; today this is happening as early as ages eight or nine! We are forgetting what “normal” is! The early onset of puberty has been linked to serious problems such as psychological issues, depression, short stature and higher rates of breast cancer.

Furthermore, due to reduced immune function, cancer has become a problem that concerns us more and more. Breast, prostate, thyroid and pancreatic cancers have become among the most frequent in “civilized” populations.

Since 1943, testicular cancer has increased four-fold, and it is the most frequent tumor among young adults. We are clearly aware that environmental problems are a risk for this disease. We know that undescended testis, small penises and a reduced anogenital distance are all risks for testicular cancer. We can actually trigger these anomalies in laboratory animals using phthalates! So there is a direct link!

Breathing problems such as asthma are also linked to BPA. In addition, we are witnessing many more cognitive, behavioral and other brain developmental problems. Attention Deficit Hyperactivity Disorder (ADHD) is an “illness” that I did not study while at University! It is considered a “new” illness! Children are being over-medicated simply because of their “hyperactivity”!

The greatest risk is during pre-natal and early post-natal development when organs and neural systems are forming. We could say that newborns are one of the most polluted generations in the world! They deposit hundreds or thousands of chemicals! Although a dose of disrupting chemicals may not significantly affect the adult mother, the same dose may cause substantial damage to a developing fetus.

Studies on samples of umbilical cord blood found BPA and Phthalates. Chemicals are associated with liver disease, infertility, and abnormal fetal chromosomes. About nine out of ten Americans have BPA in their blood! And 99% of pregnant women were found to have PFC (Perfluorinated chemicals used in non-stick-cookware) and PBDE (Polibrominated difenyleters which are used in fire retardants) in their blood!

We must not overlook the threat plastics pose to humanity! Some experts go further and say that in less than 200 years, humankind may be extinct!

What can we do? Where do endocrine disrupting chemicals (EDC) come from?

They can come from anywhere! From the food we eat, the water we drink, the air we breathe, absorbed through the skin, passed from mother to fetus through the placenta…

Products that we use every day can contain EDC: plastics, furniture, paintings, papers, cups and cans (they are all lined with plastic).

For me, the biggest surprise was that tea bags are made from plastic! As is the thermal paper used in receipts! Thermal paper receipts commonly used at grocery stores and in restaurants are made from paper commonly coated with BPA containing clay for printing purposes.

Food is probably a major source of chemicals. This is because any material that comes into contact with food – in the processing, packaging, storage, shipping and cooking processes – will ultimately contaminate that food.

These chemicals will have an impact on receptors, and in the secretion, transport and metabolism of hormones.

Eating and drinking out of cans increases BPA exposure by up to 1600%. So there are certainly roots of exposure that we cannot control through individual decision making.

And water…the source of life, is a toxic cocktail if bottled and exposed to heat. A single glass of tap water may contain over 2500 different chemical contaminants. The source of life is also affecting us like a silent epidemic.

A good water filter can reduce exposure to lead in drinking water. Lead is very toxic for the brain, and can lead to a lower IQ and brain damage. When the brain develops, that is, the brain that you will have for the rest of your life, you get only one chance for it to develop properly, so pregnant women must be doubly careful!

We are all responsible and taking action begins at home:

. Check labels and avoid products that contain well-known EDCS.
. Eat organic, unprocessed food.
. Make an effort to protect your family and your children from toxics (plastic toys).
. Take special attention during pregnancy.
. Limit your plastic waste products to ensure that toxins are not released.
. Reduce plastic in your life.
. Politicians do not acknowledge or address the problem, let alone disseminate information about it.

Laws that require chemicals to be tested before they go on the market would help reduce our exposure to them. We need political acknowledgement of the problem otherwise this will be not possible. It is impossible to know if there are phthalates in your flip-flops, PBDE in your TV’s remote control or BPA in the dental products your dentist uses on you. Nowadays, people need to sort these things out for themselves.

We need political regulatory action. We are actively leading ourselves into extinction. In 200 years humanity may have become extinguished! And if you think that 200 years is long off, remember that it will be your grandchildrens’ children who will ultimately suffer the consequences of our actions. This is the legacy we will be leaving them. We must act now! And it may already be too late!” 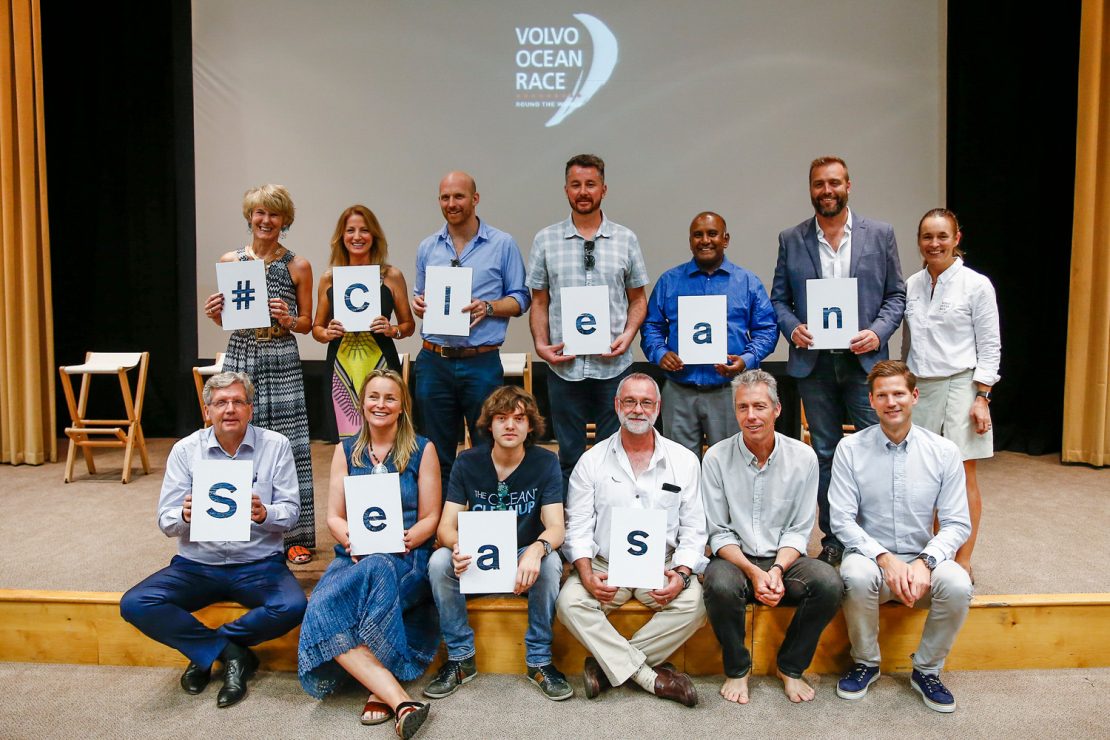