Our Save The Coral Reefs Campaign is once again raising awareness of ocean protection in an unprecedented way.

Locals and beach vacationers in the Algarve were able to spot today the biggest aircraft in the world, the Hi Fly A380 “Save the Coral Reefs”, as it overflew Faro and Vilamoura, Portugal, drawing attention to this environmental message. The Hi Fly aircraft was doing a planned and necessary after maintenance functional check flight, and took this opportunity for raising awareness to marine conservation causes. 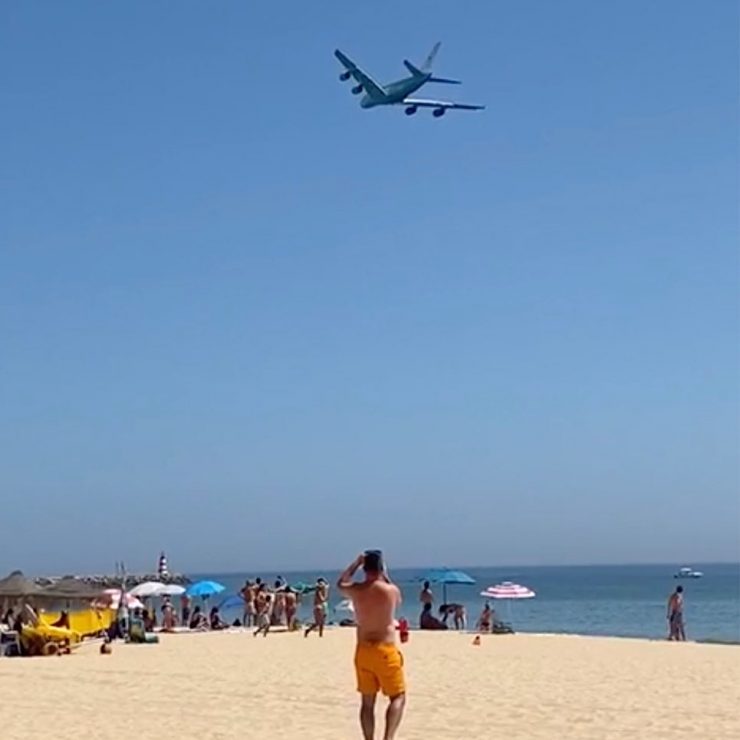 Coral Reefs are one of the most important ecosystems on the planet. Unfortunately, they are at risk for numerous reasons, and sunscreen is one of them. Scientists have discovered that chemical compounds in some sunscreen products are causing various species of corals to bleach. It is estimated that 14,000 tons of sunscreen end up in the oceans each year.

Enjoy the sun but remember to choose wisely, as you can protect the ocean while also protecting your skin. 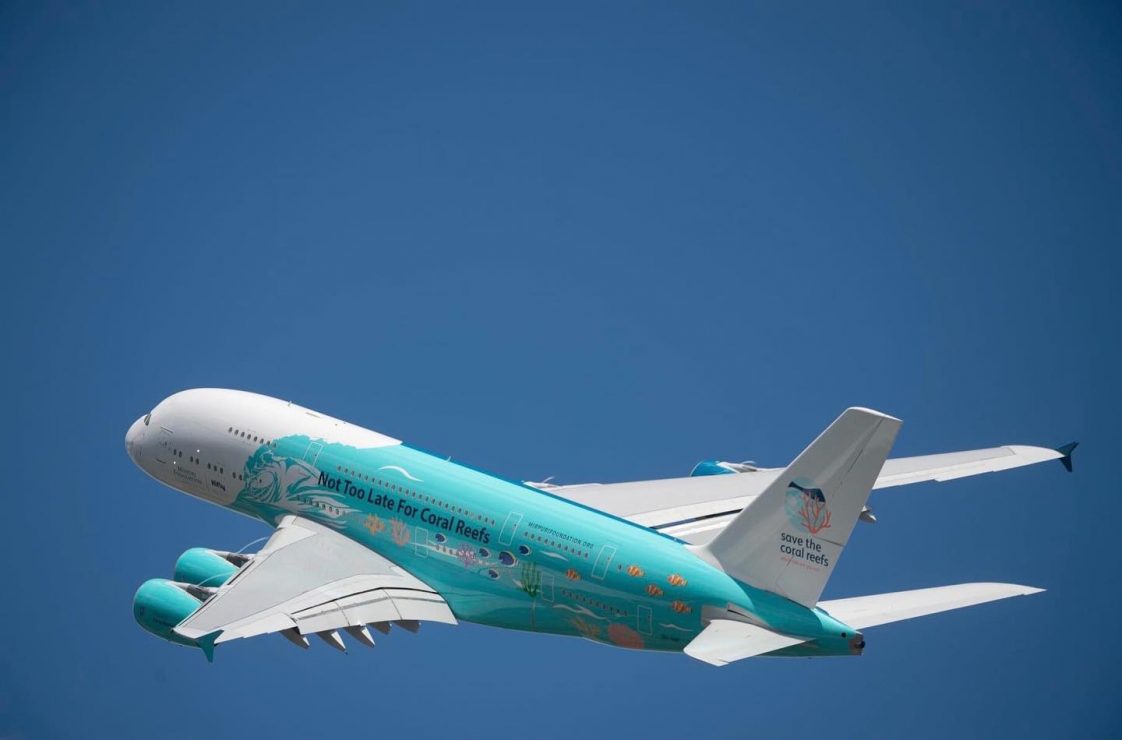 The Mirpuri Foundation is raising awareness for this unprecedented campaign to fight the destruction of coral reefs. If no action is taken, these beautiful ecosystems will disappear by 2050. With 50% of the world’s corals already gone, action needs to be taken immediately and awareness is the first step.

Hi Fly, an airline operating worldwide as wet leasing specialist, supported Mirpuri Foundation’s idea to carry the message across the five continents. The chosen aircraft was an Airbus A380-800, which is now painted on both sides, one representing a pristine ocean with colorful and healthy marine life and the other displaying destroyed corals. The Airbus A380 also exhibits a strong statement that clearly illustrates the importance of the cause and the urgency to act and inspire the change of collective behaviors.

The Mirpuri Foundation aims to lead by example, taking the problem worldwide and engaging individuals, governments and organizations into generating the right solutions to save our planet.

For a easier understanding, it consumes per passenger only around 3,2 liters per 100 kms covered, less than for example a sports car with 4 passengers.

More on our Save the Coral Reefs Campaign