The Mirpuri Foundation is pleased to announce the Concert for Peace 2019. The concert will be staged at the exclusive Sheraton Cascais Resort on September 27th, and will feature a headline performance from Portuguese Fado star Cuca Roseta, accompanied by the Philharmonic Orchestra of Cascais and Oeiras. 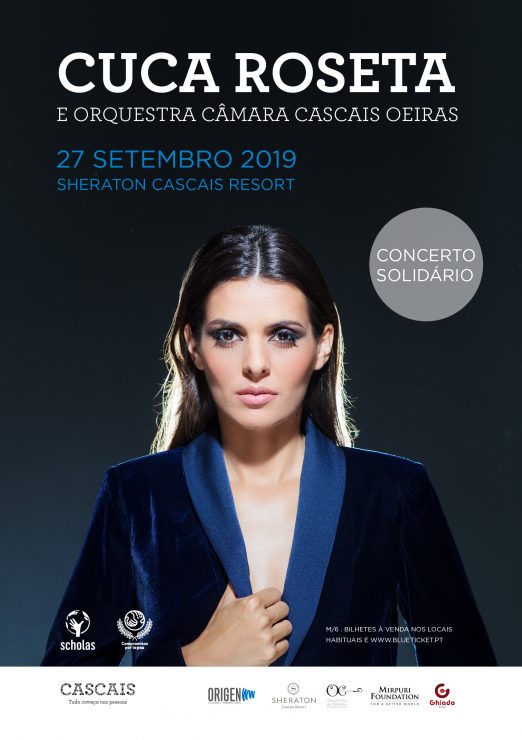 The event will be held in partnership with Cascais City Hall and will raise funds for the Scholas organization. Scholas is a school networking program that was initially established by the Pope in Buenos Aires when he was Arch Bishop in the city. It was born by forming a network of ‘escuelas de vecinos,’ or neighborhood schools, to build bridges between them.

Since August 15, 2015, Scholas has been a ‘Pious Foundation’ of pontifical right, as set out by a Papal Decree signed by Pope Francis. The organization is built on the three pillars of instruction, sports and culture.

Today there are close to 450,000 Scholas Occurrentes, in about 80 countries over five continents.

The World Tour of Concerts for Peace is a worldwide Scholas initiative designed to make its mission better known and to contribute to the cultural education and integration of children around the world in the name of Peace.

Concerts are being held in different countries during 2019, bringing together artists of different styles and musical tastes.

Cuca Roseta, who is a Mirpuri Foundation Ambassador is one of the most remarkable and recognized voices of Fado music in Portugal today.

She became a Mirpuri Foundation Ambassador in May 2019, saying at the time: “I believe that together, day by day, and step by step, we at the Mirpuri Foundation will contribute towards a better world where everyone may live with the respect and love they are entitled to.”

Speaking at the announcement of the Mirpuri Foundation Concert for Peace, Ana Agostinho, the Foundation’s Head of PR, said: “The Mirpuri Foundation is delighted to support Scholas’ Program. Like the Foundation, Scholas seeks to foster a spirit of collaboration to positively impact and educate our communities. At the Foundation we are committed to the promotion and support of Portuguese Arts and to the cultural education of our children. So what better way is there to show our support than to bring together Cuca, our very own Cultural Ambassador — with the supremely talented musicians from the Philharmonic Orchestra of Cascais and Oeiras to perform a Fado show, a style of music unique to Portugal, while simultaneously raising funds for Scholas to continue its good work? We all look forward to the event itself, and are confident that is will be a great success for all involved.”