Paulo Mirpuri, President of the Mirpuri Foundation, is well known in the business world for his energy and flair, but many will be surprised to learn that Paulo’s name has now been linked by researchers with an even more colourful character, namely a newly-discovered marine species found in the waters around the Cape Verde Islands.

And, the eponymous marine species is certainly striking, with a description of the new species in the Avicennia (Revista de Biodiversidad Tropical), matching the claim made by others that such chromodorids ‘are amongst the most gorgeously coloured of all animals’.

Professors Jesus Ortea of the University of Oviedo and Leopoldo Moro from the Servicio de Biodiversidad del Gobierno de Canarias, describe the creature in ‘glowing terms’ in a recent article in the Avicennia magazine.

“His sides are dressed in a dark but vibrant blue, a blue that slowly pales to the colour of the sky as it falls away, before morphing into an ultramarine skirt that edges his body where it meets the floor…. Three smart pinstripes of white run from just above his tail all the way up his body, stopping on his head, where proudly sit a pair of antennae to help with feeding and to keep him safe.”

Speaking about the unusual honour conferred upon him, Paulo said: “It is obviously pleasing that a new species was found, unique to the waters around Cape Verde, and this tribute is an honour. For that, everyone at the Foundation is both happy and proud. We look forward therefore to continuing to work to improve ocean environments, so that this new species can expect to live out their lives free from the scourge of plastics and other marine pollutants.” 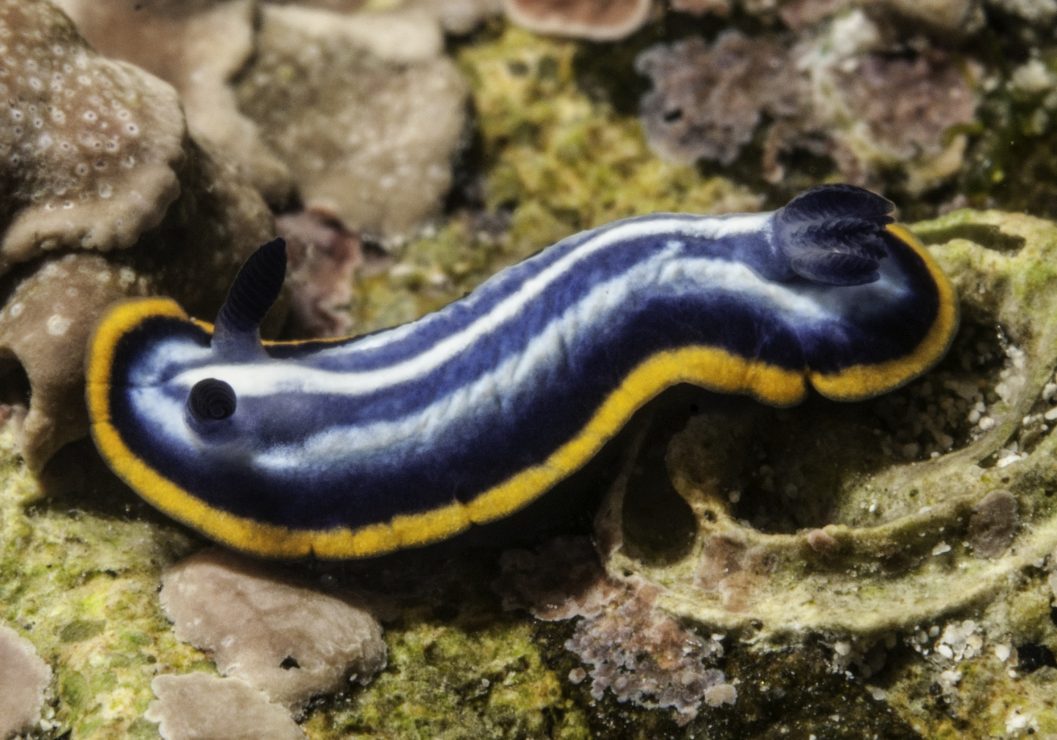