The Mirpuri Foundation and the British Institute of International and Comparative Law (BIICL) have just released the findings of an unprecedented study on the legal implications for private vessels involved in the rescue of migrants and refugees at sea. The study was presented at a webinar that gathered experts and relevant attendees from all over the world. 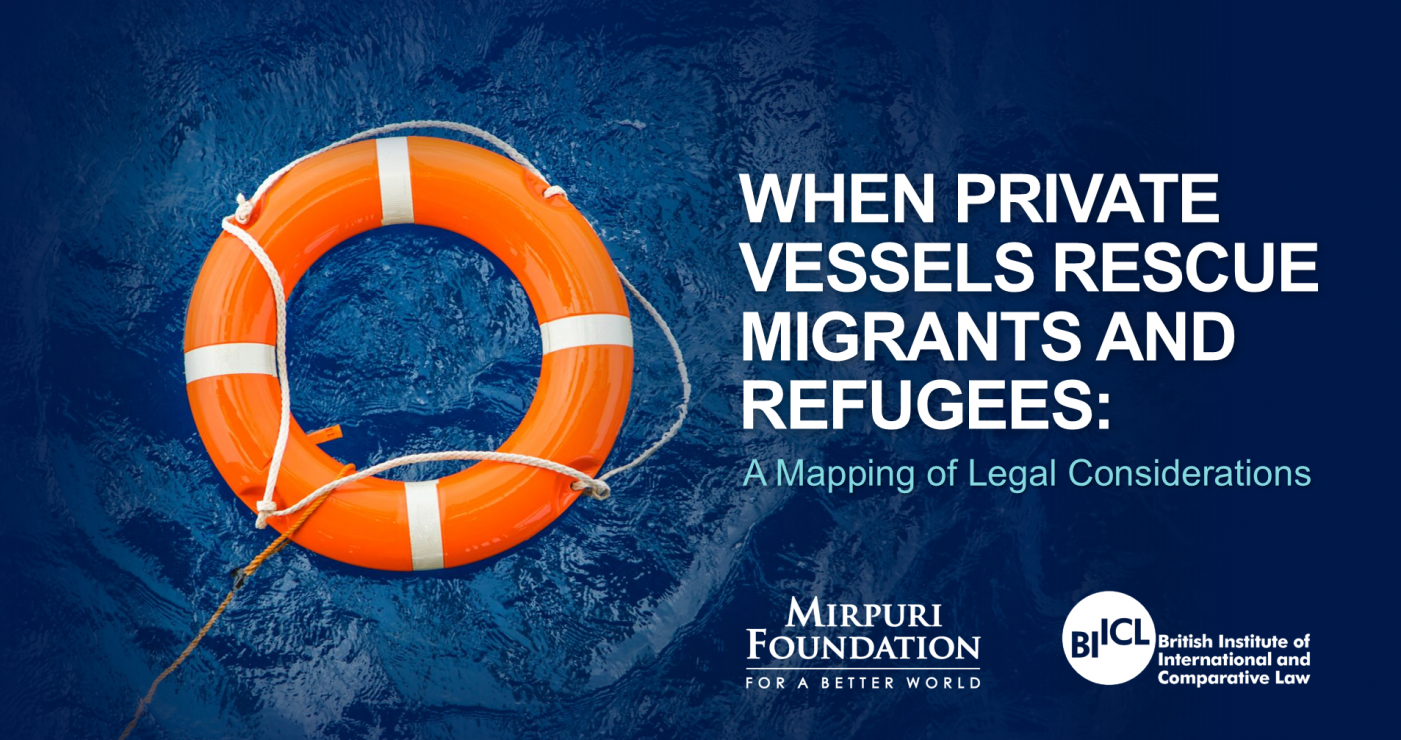 Funded by the Mirpuri Foundation and led by Dr Jean-Pierre Gauci, the project initiated as a response to the ever-growing numbers of would-be asylum seekers and migrants forced to embark upon perilous sea crossings, unveiled a set of important legal conclusions that can ultimately serve as guidance for individuals, companies, NGSs and governments:

Dr. Jean-Pierre Gauci, the research project leader, explained in detailed the importance of clarifying the legal basis: “due to lack of clarity in aspects of the legal framework, coupled with the way politics has come into this, we too often see problems arising including vessels being told to take people back to unsafe ports like Libya and disembarkations being denied or delayed. This is causing a disincentive for shipping companies to rescue people at sea. We also now have the reality of NGO rescue vessels and the various challenges to their work being enacted by States. It is critical that we push for a better understanding of what the issues are, and how, for example, human rights responsibilities apply in the maritime context’

Paulo Mirpuri, President of the Mirpuri Foundation, hopes that this research will contribute to ensuring that lives are saved at sea, providing guidance to seafarers, ship owners and States. “I would like to congratulate BIICL for coordinating this study and this conference, and this will be followed up by making the report available to the several regulators and institutes across the world, especially here in Europe, to analyze and to learn from this report what they need to adapt in their homes, local procedures, and take a look at their own regulations”.

The presentation of the findings was followed by an experts discussion.

Prof. Irini Papanicolopulu, Universita di Milano-Bicocca, pointed out: “The report brings clarity to several aspects and in this respect I think we should welcome it very much and be happy that it is now released”. Gabrielle Holly, Danish Institute for Human Rights, stated: “Thanks to the Mirpuri Foundation for funding what I think is a very timely and very on point research”.

Dr. Felicity Attard, University of Malta, said: “I would like to express my gratitude to the Mirpuri Foundation for funding research on a topic of great importance and one which has been very close to my heart for the last few years”.

When Private Vessels Rescue Migrants and Refugees: A Mapping of Legal Considerations

The report explores the law around search and rescue particularly from the perspective of private vessels. The report is organised as follows:

Recent years have seen growing numbers of migrants, and would-be asylum seekers, embarking on perilous sea crossings to flee violence, conflict or persecution. Private vessels and NGO ships have increasingly been called on to assist persons in distress. In 2016, 381 merchant ships were diverted from their routes and 121 ships were involved in the rescue of 13,888 people.