A summary of the expedition to Azerbaijan (AZ), the Nakhchivan exclave (AZ) and Dagestan (RU) between May 28th and June 14th 2018

This second expedition is part of a Conservation Project situated in the Caucasus, where we traveled to regions in Azerbaijan and Dagestan, which offered optimal living conditions for the Persian Leopard. This project is supported by the Mirpuri Foundation and sponsored by the WWF (World Wide Fund for Nature) and the IUCN (International Union for the Conservation of Nature) Cat Specialist Group. The sponsorship was crucial for obtaining access to remote zones, as well as logistics support on the ground. The first expedition took place in 2017 in regions belonging to Armenia and northern Iran.

The Mountains of Dagestan, adjacent to the protected area in Khunzakhsky district.

The project is a result of the Lisbon Zoo’s recent and active participation in coordinating a program for the reproduction of the species and technical advisement to the Reproduction and Reintroduction Center in Sochi (Russia). Due to the existence of extremely fragmented and minute populations (in Georgia, Armenia, Azerbaijan, Russia, Turkey and Iran) concerted efforts on the part of these countries are being made to conserve this emblematic species.

The creation of a local contacts network, an active participation in future projects (identical to the one in Sochi) in the remaining regions in the Caucasus, and the development of conservation awareness projects in this emblematic region, have been established as a priority. The expedition’s aim is to guarantee that the Lisbon Zoo is actively involved in networking and defining future collaborative opportunities, while serving as a technical advisor on future conservation projects for the Persian Leopard alongside international entities such as EAZA (European Association for Zoos and Aquariums) and the IUCN (International Union for the Conservation of Nature).

Ultimately, all photographic material will be compiled into a book, and displayed in an exhibition. Both are aimed at drawing attention to the problem that is the survival of the species, and the actual conservation project, which uses an approach that is unique in that it establishes a link between the human fabric and the various cultures in the region, the environment and the landscape. 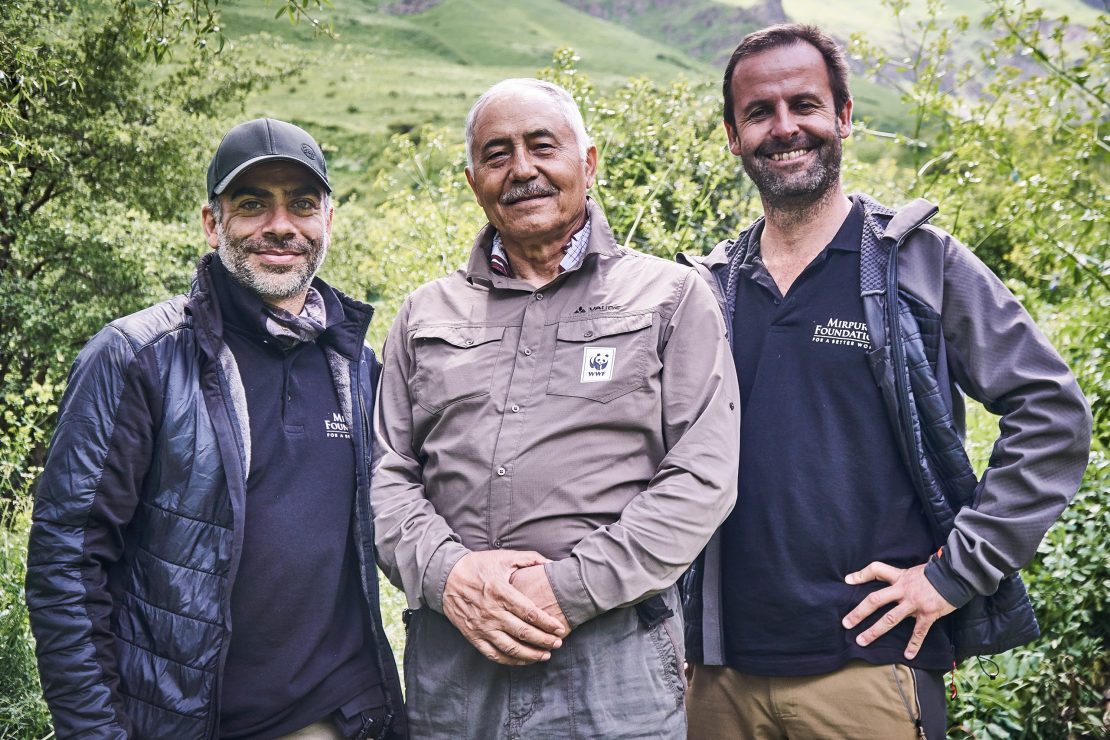 In its first phase, the expedition in Azerbaijan extended from the capital city of Baku to the regions in the south. We visited the Hirkan National Park, the Shirvan National Park and the Gobustan National Park reserves. Greater emphasis was given to Hirkan National Park due to its relevance for the Persian Leopard. This park in the Talish Mountains, established in 2004 and comprised of over 40.000 hectares, is located in the district of Astara, on the border with Iran. There are at this moment, three to four leopards being monitored on this reserve, which is considered the second region in the Caucasus (after Kiamaki, Iran as previously seen) where the leopards are known to breed. This area is therefore of great importance for the conservation of the species, who exhibit very distinct habits namely due to the area’s unique ecology (a very ancient and humid forest with high levels of precipitation reaching 2000 mm of annual rainfall) and uniquely distributed prey  (consisting mainly of wild boar). This nucleus, as far as we can tell, has a lower tendency for dispersion due to the exclusivity the mountains offer in terms of habitat. The Shirvan National Park reserve, on the other hand, is important because it is the last stronghold of the Azerbaijan Persian Gazelle (Gazella sulgutturosa).

During these dates, we covered a distance of close to 750 km by car and 20 km hiking at altitudes ranging from 300 to 800 meters. There we visited small remote villages in the region that are important for the dispersion of the leopard.

Between the 3rd and 6th of June we remained in the Nakhichivan exclave, which belongs to Azerbaijan. In this region of the lower Caucasus, we traveled close to 450 km always at altitudes ranging from 670 to 2990 meters. This was an essential part of our work because it is, most probably, the region with the greatest concentration of Persian Leopards in all of the Caucasus. These higher numbers (close to a dozen) belong to districts traversed by the Zangezur mountain chain on the border with Armenia. In the more important districts (of Ordubad and Jufra) we had access to more remote villages that are considered fundamental to our research due to their representativeness.

We had the opportunity to discuss the specific habits of the leopard in this region (quite distinct to the ones observed in the forests of the Talish mountains) with members of the WWF in Nakhchivan. The environment is extremely arid with amplitudes of extreme temperatures. We collected statements about these particularities, as well as information about the dynamics of the leopard population, specifically in regard to the location of the reproductive nucleuses and the way in which they disperse into the corridors in neighboring regions so fundamental for the maintenance of the population and survival of the species. These corridors are essentially located in border regions which are usually controlled by the military and therefore inaccessible to the general population, a fact which is undoubtedly favorable to the presence and survival of the species.

We also witnessed how important nature is to the population in the region, and the inexistence, for this and other reasons, of conflict between the leopard and the local inhabitants. We were not able to cover the more resticted regions between Azerbaijan and Armenia for safety reasons, but we were able to visit some of the more remote villages, which were therefore fundamental to our work.

We crossed the border into Dagestan over land via Azerbaijan. This Republic, a division of the Russian Federation, is fundamentally located in the Greater Caucasus. From a human standpoint, it is a veritable mosaic of ethnicities and cultures (unlike anywhere else on earth) but it is also fundamental because it is considered a key area for the reproduction and dispersion of the Persian Leopard. In historic terms, the presence of the leopard has always been very important in this region. Currently, we are looking to substantiate evidence (frequent sightings) that this may be the region with the highest number of individuals in the Greater Caucasus. In this region we were guided by a local specialist because the WWF has no representative here. We were able to ascertain that this area has more potential than any of the ones visited previously. On the other hand, we found that the area received less support in terms of governmental infrastructure or from agencies connected to the environment. The nucleus of animals found here will be very important in the future; especially because there are frequent reports of reproduction in the region (we sighted some young leopards with their mothers). We therefore believe that it is essential that WWF Russia extends its presence into this republic. Due to the heavy military presence, the border regions with Azerbaijan and Georgia were unadvised, therefore the area of Dagestan was considered more relevant and important. The areas in contact with the Chechen Republic were well covered making this corridor one of significant passage. Conditions on the ground in Dagestan involved visiting remote villages at high altitudes over a distance of 605 km by car, and 30 km on foot.

Essential points on this 2nd expedition: