The Mirpuri Foundation’s Awards Gala was an outstanding success, with the worlds of Dance, Music and Theatre coming together to honor great talents and personalities at the São Carlos Opera House in Lisbon.

The Gala, which saw a series of prizes awarded to national and international figures, was filled with live performances by world-renowned dancers from Bayerisches Staatsballet, Staatsballet Berlin and The Royal Ballet, as well as the astonishing voices of Soprano Aida Garifullina, Tenor Juan Diego Flórez, and São Carlos National Theatre Chorus, and the performances of the Portuguese Symphony Orchestra. 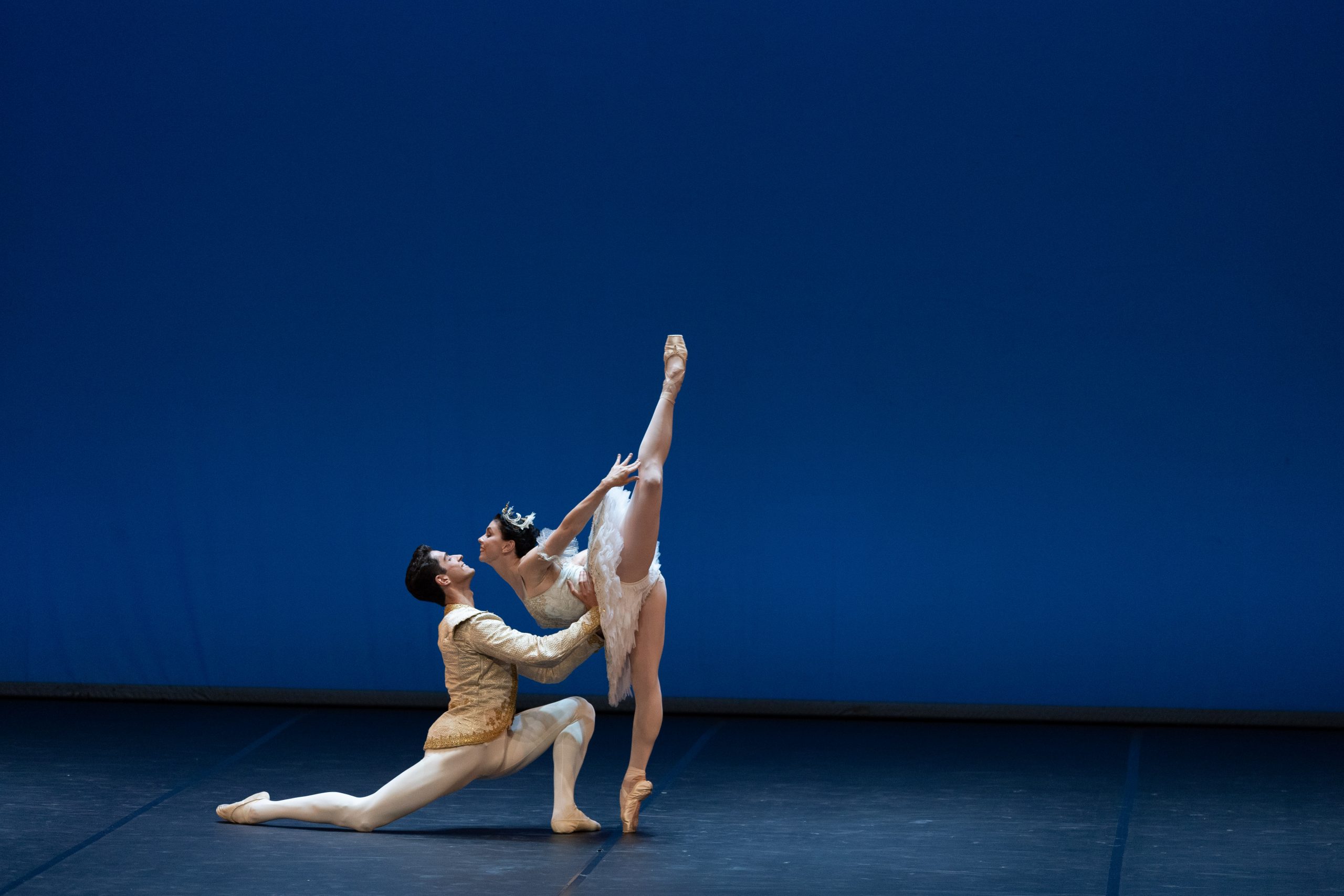 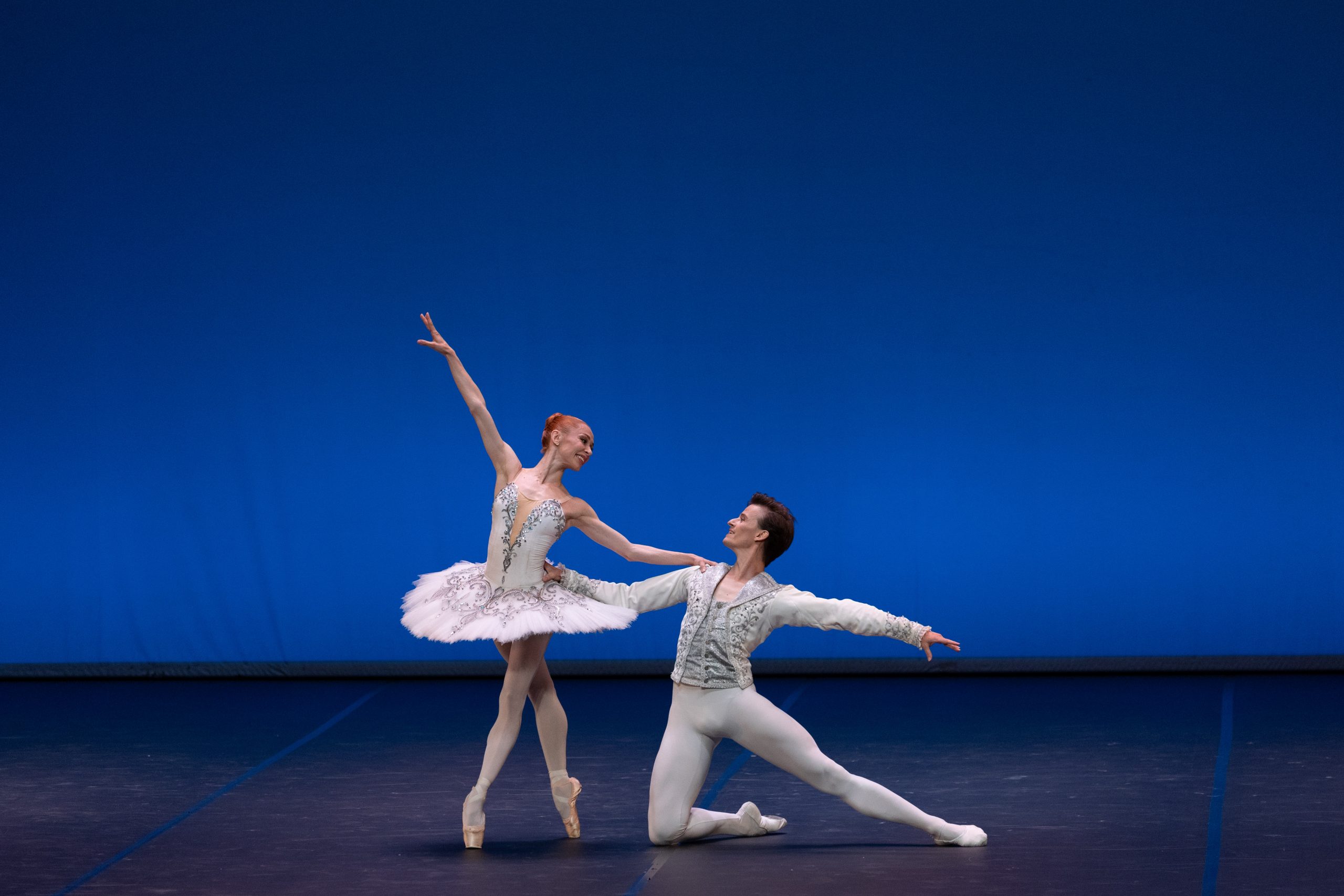 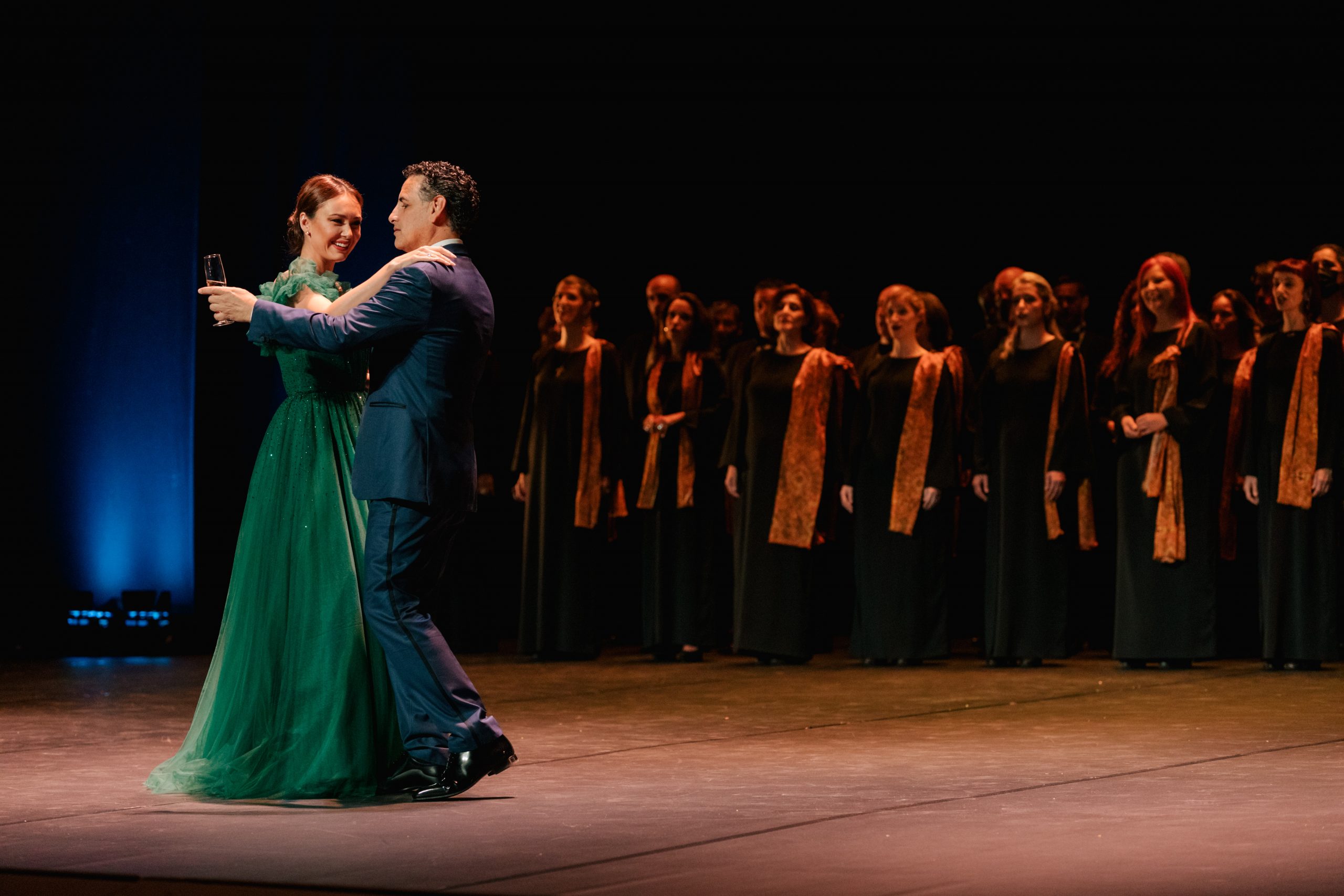 Paulo Mirpuri, Mirpuri Foundation’s President comments: “It is with great honor that the Mirpuri Foundation promotes and supports national and international art. This event aims to recognize these artists’ talent. The Foundation is deeply committed in supporting arts through the implementation of initiatives that contribute to the preservation and strengthening of the cultural patrimony.”

The evening was hosted by the Portuguese television presenter, actress and UNFPA Goodwill Ambassador, Catarina Furtado, and the Portuguese Actor and Director Diogo Infante. 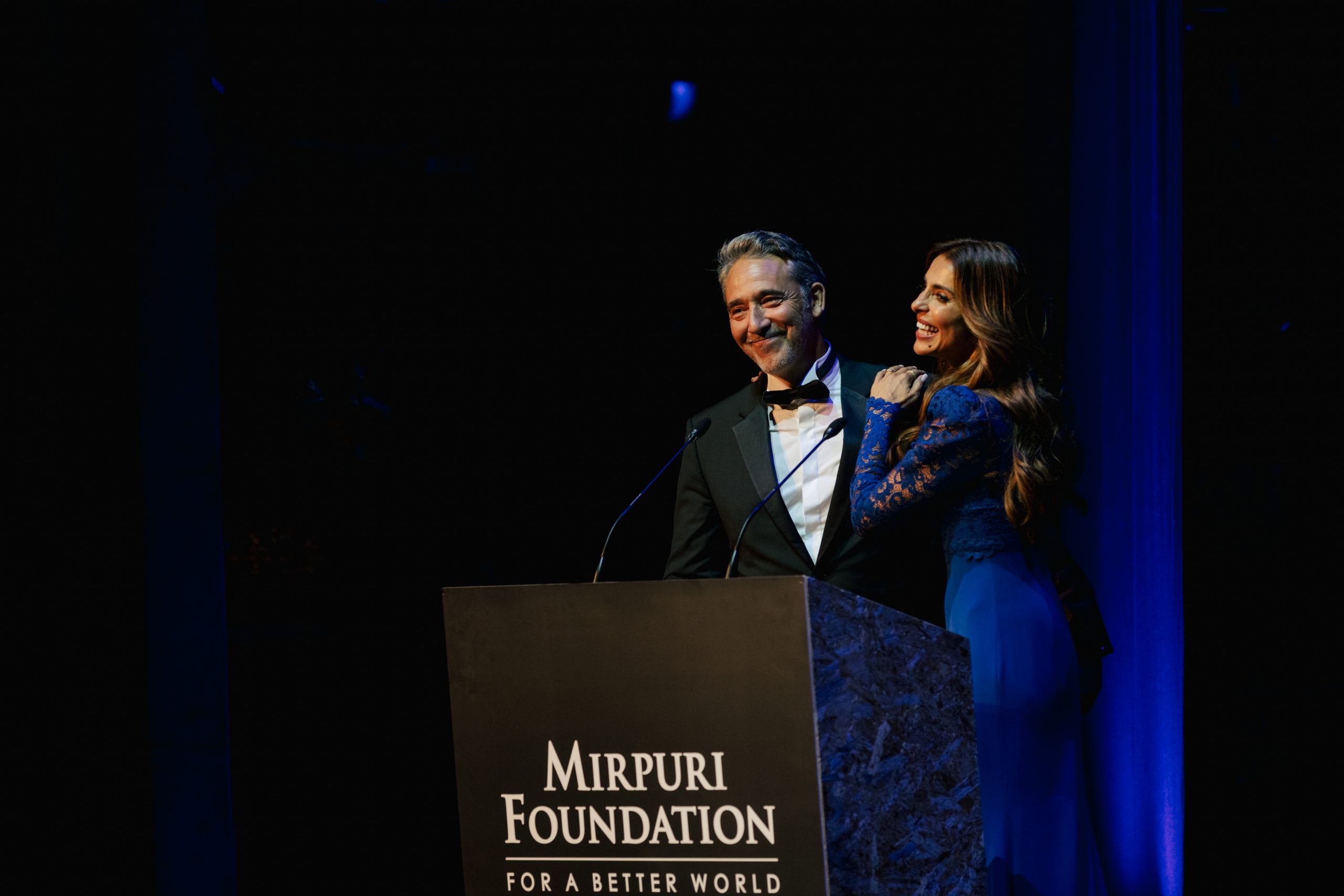 Some 800 VIP guests from around the world enjoyed an evening of unrivaled spectacle as some of the world’s most talented dancers and singers performed. Attendees included members of the Portuguese Government, Royalty, artists and friends of the Foundation from across the globe.

To keep with the Foundation’s core values, the whole Gala was a sustainable, single-use plastic free and socially responsible event.

Paula Pinto is an artist in the areas of movement and performance. She was Ballet Gulbenkian’s leading dancer until 2002. She directs “Compota” project, since 2004, where she develops creative processes with multidisciplinary teams, under the cultural association sentidosilimitados, of which she is the Artistic Director since 2008.

Luís Moreira is a professional actor, award winning stage director and voice teacher. After graduating in Psychology, he decided to go to acting school so he could pursue his dream of acting professionally. He worked with three theatre companies in Lisbon, on productions of “Romeo and Juliet”, “Rosencrantz and Guildenstern Are Dead”, and “Depois da Revolução” his first experience in musical theatre. In 2016, Luís formed a theatre company called “Filho do Meio”, along with his friends Alice Medeiros and Frederico Coutinho. He is the founder of the first theater group created in a law firm in Portugal and director of GAC – Grupo d’Artes e Comédias do Banco de Portugal.

Orquestra Sem Fronteiras (OSF) was founded in 2019 in Idanha-a-Nova, Portugal. Ever since, OSF has performed on more than sixty occasions in locations ranging from small villages in rural areas across Portugal, to great world-class cities such as Rio de Janeiro or Madrid. In addition to its concerts, with the orchestra assuming both symphonic and chamber formats, as well as that of ensembles and chamber music groups, OSF strongly champions the educational and social potential of its practice, offering a wide range of initiatives, ever free of charge for all participants.

Armando Jorge is an awarded dancer, choreographer, artistic director and producer. His professional career began at the São Carlos National Theatre, where he ascended to soloist, and later he joined Les Grands Ballets Canadiens and Ballet Gulbenkian as a principal dancer, participating in numerous tours around the world. He was a Ballet Master at the Montreal Ballet Jazz and Artistic Director of the National Company of Ballet. Feeling the emerging need in the formation of new Portuguese dancers, he formed the School of the National Ballet Company in which great names in international dance pedagogy collaborated.

Maria do Céu Guerra is a famous actress and director. She is co-founder of “Teatro da Casa da Comédia” and “Teatro Experimental de Cascais”, where became a professional and where for seven consecutive years she participated in all the company’s shows. She is co-founder of the “A BARRACA” Company, where she has focused her professional activity as a director, stage director and actress, since 1975, and where she has participated in 101 shows. She has participated in several television series and movies and has received many distinctions and awards, such as the title Actress of Europe in the 17th International Theatre Festival.

António Victorino D’Almeida is a recognized composer, conductor, pianist, writer and presenter. As a solo pianist and orchestral conductor, he performed in Portugal, Spain, France, Austria, Switzerland, Germany, ex-GDR, Netherlands, Belgium, Greece, Liechtenstein, Luxembourg, Slovakia, Czech Republic, Sweden, Poland, Israel, Brazil, Canada, Angola, Mozambique and Macau. He composed many songs for scene, for the most various theaters, in Portugal and abroad, and wrote musical bands for several plays, television series and movies. He directed two films, one of which was the first Portuguese Film to win a 1st Prize in an important Festival Film abroad.

António Casalinho, already at the age of 19, is a source of great pride to Portugal. Prior to joining the Bayerisches Staatsballett, in Munich, he had already danced the extremely demanding principal roles in public performances of the major classical full length ballets.

Vladan Petrovic has made valuable scientific achievements, inventions and publications, in particular in the field of coal gasification with the use of nuclear process heat, and in the field of alternative energy. After retirement, he was able to devote himself to the areas of energy, process and construction technology. This resulted in several new developments that could contribute significantly to the future energy supply, such as the heat storage system for solar energy.

Johan Galtung is recognised as the father of modern peace studies. He has founded the International Peace Research Institute, the world’s first academic research center focused on peace studies, and helped found dozens of peace centers around the world. He served as a professor for peace studies at universities all over the world and taught thousands of individuals and motivated them to dedicate their lives to the promotion of peace and the satisfaction of basic human needs. He mediated in more than 150 conflicts among nations, religions, local communities and civil society, and received several distinctions, including a Right Livelihood Award.

The Mirpuri Foundation’s mission to spread the word on the dangers of plastic to our oceans and human health, especially the poisonous nature of microplastics, has continued with a Sustainability...

The Mirpuri Foundation President Paulo Mirpuri addressed the Mediterranean Science Commission (CIESM) on the final day of its 42nd International Congress in Cascais, Portugal, with the presence of HSH Prince...